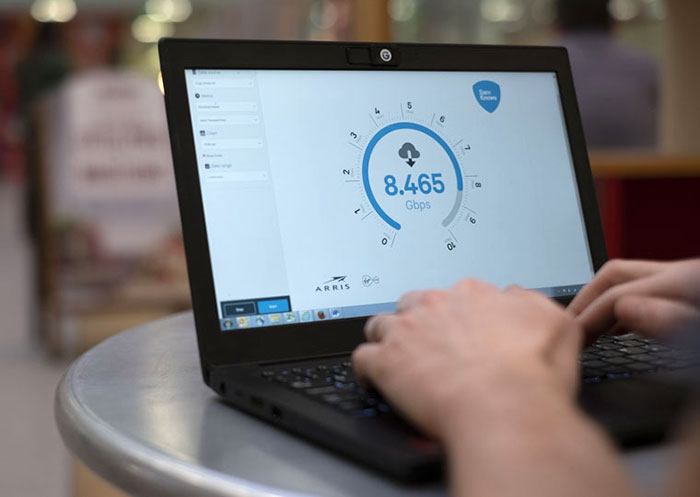 After initial tests to prove the technology was deliverable to ordinary homes on its existing fibre network, Virgin Media is starting a six month trial with around 50 homes in Papworth, Cambridgeshire. As mentioned in the intro, the existing fibre cables will use EPON. An EPON module is installed at the cable modem termination systems (CMTS) before optical cables fan out to on-street cabinets and then to homes. No changes are needed, except those at the CMTS and a customised router in the home. Typically EPON has been used to deliver up to 1Gbps in UK homes - but after working with technology partner ARRIS, and new equipment/software, it is testing the capabilities of connections speeds deliverable.

Trials in Cambridgeshire are of connections that offer symmetrical connectivity - so downloads and uploads are both pushing through the 8Gbps level.

Every tech article about transfer speeds needs a few bullet points about how fast movies and games can be transferred. Virgin Media claims that its EPON-enhanced fibre broadband can: 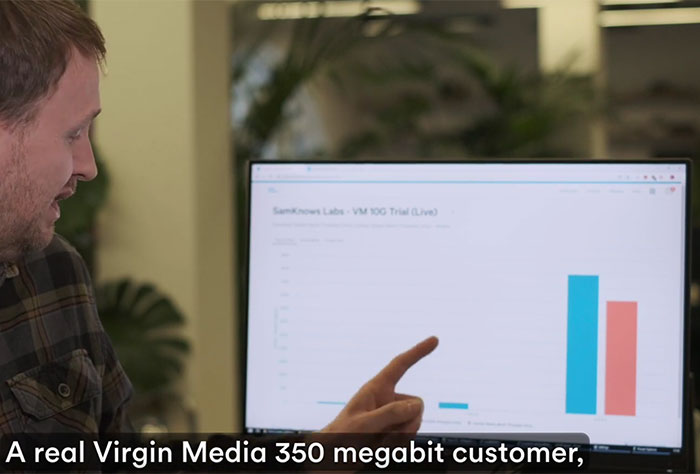 Unfortunately, Virgin Media's representative states that "we're not about to roll out speeds this fast in the near future" but trials such as these should have a trickledown effect. Some think that 5G will be the next big thing in not just mobile but home broadband technology; its touted speeds are so fast that companies like Virgin better make the best use of their wired customers while they can.

Unique
is there SSD's that would let you do as they say, and let you download 20gb in 20 seconds?

i note they say “can” and not “could”

Unique
is there SSD's that would let you do as they say, and let you download 20gb in 20 seconds?

i note they say “can” and not “could”

Probably not but that's not where this is aimed at, its aimed at households with a large number of people and devices.
Posted by sykobee - Thu 07 Feb 2019 13:56
At least these seems like real fibre to the premises, rather than Virgin's fibre to the cabinet + crumbling shared coax to the home.

Still, if it's using a VM router at the end, it's all theoretical numbers, as the wifi will struggle to even penetrate through air, never mind walls.