Intel has acquired Habana Labs, an Israel-based developer of deep learning AI accelerators. Rumours about the possible deal, which has just been officially confirmed, were swirling at the start of the month. The $2bn deal is Intel's largest since its acquisition of MobilEye in 2017 (for the sum of $15.3bn). Bolstered by the absorption of Habana Labs, Intel hopes to gain a strong foothold in the fast-growing AI silicon market and a significant slice of the projected $25bn market that entails.

Navin Shenoy, EVP and GM of the Data Platforms Group at Intel, said that the acquisition of Habana Labs would enable his firm to provide a range of AI solutions in every profitable niche. "More specifically, Habana turbo-charges our AI offerings for the data centre with a high-performance training processor family," added Shenoy.

Intel's monetisation of AI solutions for business is readily evident in its accounts. Its portfolio of AI hardware and software, which already forms a practical ecosystem, will generate over $3.5bn by the end of 2019, up >20 per cent year on year. The acquisition of Habana will accelerate this development and progress, especially in the data centre.

The information flow after the acquisition isn't expected to be a one way road. Habana's tech will benefit from access to Intel AI technologies and capabilities built-up over the last three years and includes AI software, algorithms and other research.

Habana's management welcomed the acquisition, saying that they were thrilled to join forces to accelerate and scale mutual business for more AI innovation at a faster pace. Habana Labs will remain an independent business unit under its current management team, however its chairman Avigdor Willenz has agreed to serve as a senior adviser to the business unit as well as to Intel. 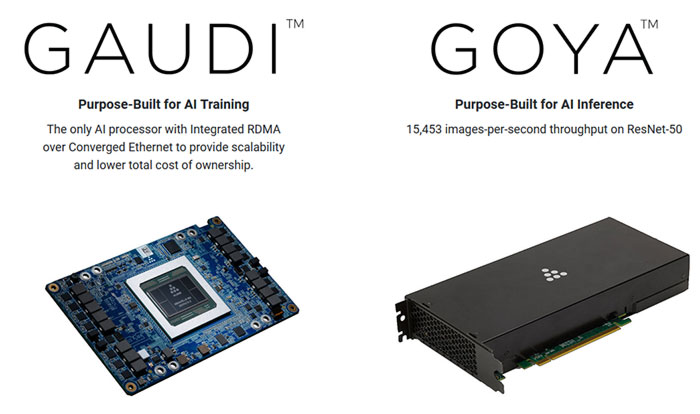 As the acquisition news breaks, Habana has started to sample its Gaudi Training Processor with its hyperscale processors. Gaudi is expected to deliver up to 4x training throughput compared to systems packing an equivalent number of GPUs. In other recent Habana developments, its commercially available Goya AI Inference Processor is offering real-time latency within a very competitive power envelope. 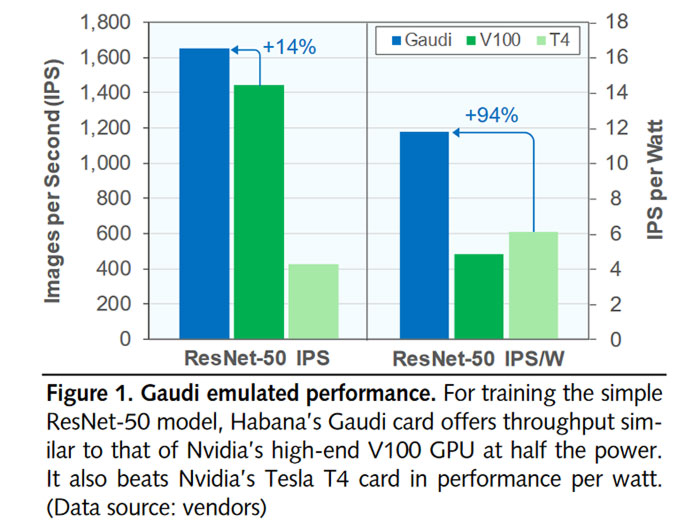 37 Everything we know about the Dyson CoVent ventilator

lumireleon
nvidia and AMD in trouble! this AI field is becoming complex

Not really, Nvidia is the primary competitor but AMD is lagging behind as they don't have a networking arm or a deep/edge inferencing arm either. And as Intel is doing a Cisco and rather than inventing/innovating, they're just buying in talent. It could work but it'll take time to see.

Not really, Intel just completed their acquisition, this was already in the market and Intel had a large stake in them beforehand. Nervana is just going to be bolstered.
Posted by DanceswithUnix - Tue 17 Dec 2019 11:01

Tabbykatze
Not really, Intel just completed their acquisition, this was already in the market and Intel had a large stake in them beforehand. Nervana is just going to be bolstered.

Yeeeah, it never really works like that does it :)

The world is already getting saturated with AI processors for inferencing, every modern phone has at least one. Training hardware is different, but already seems a mature market. Big users like Google and Tesla are even making their own silicon for this stuff.

Intel had Nervana for AI training, are claiming that their new Xe GPU technology is ideal for training, and now they have this. For a company so ruthlessly centred on profit margins, that isn't lasting long term. That's before you factor in Mobileye and their need for neural processing.