In a move to cut costs and increase competitiveness Canon has revealed plans to move to fully automated digital camera production. This would enable the company to keep the factories and technology within Japan yet cut costs, rather than moving factories abroad to use cheap labour in places like China, Indonesia and India.

A Canon spokesman, Jun Misumi, today said that robots wouldn’t be stealing jobs from humans and was confident that no jobs would be cut as a result of full automation “When machines become more sophisticated, human beings can be transferred to do new kinds of work.” he offered in explanation. So skilled workers can become less skilled, lower paid and easily replaced maintenance people I would guess.

Canon has to be competitive to survive in the world today so it must have estimated greater benefits to full automation compared with factory re-location. In defense of their decision it must be said that while there are examples of production involving more robots becoming more efficient and of higher quality through preciseness the opposite has been observed when moving factories from 1st world Japan to the emerging economies. Also when exporting production to a country like China you have to be careful with your quality levels, intellectual property and be able to handle a whole new working culture. 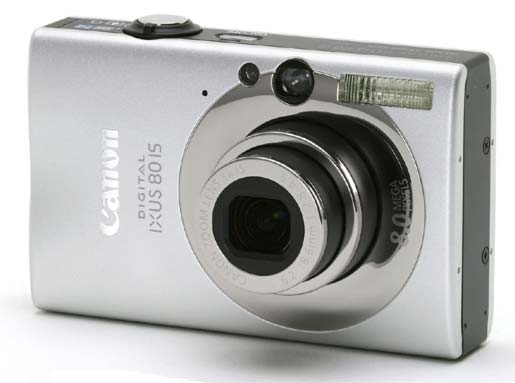 Preference of 1st world produced goods over those from the cheap labour source countries is evident in prestige goods, so it might also be wise for Canon to retain their “made in Japan” labels on their cameras. Cameras have a history of being a luxury item. A very good example of production location based pricing is the electric guitar industry where one of the biggest companies in the market, Fender, make similar standard models in various countries with very different prices attached to the various “Made in USA (Japan), (Mexico), (China)” labels. Meanwhile in the Pringle sweater shop I frequent, the lady behind the counter informs me many people ask specifically for the “Made in Scotland” items.

Canon cameras are still selling extremely well and Canon have increased their 2012 profit forecast by 16 per cent recently in the face of competition from ever more capable smart phone camera facilities. Adapting while in this position of strength shows good proactive planning. It’s a shame about de-skilling their workforce though.

Posted by Malphas - Tue 15 May 2012 10:05
I'd much prefer to buy products made in first world countries by robots than in emerging economies by low paid, poorly treated workers. Yes, I know that's the way of the world and even these crappy jobs are appreciated by those filling them, but I still don't care for how it works and don't want to be a part of it if I can avoid it. I also feel the products are of a slightly lower quality than “made in Japan” or “made in Germany”, etc. ones.
Posted by Noxvayl - Tue 15 May 2012 10:47
It is socially irresponsible not to automate as much as possible. Production efficiency, quality and duration are increased and as the spokesman said people can be transferred to doing new kinds of work, perhaps work that requires creativity. Perhaps the savings made by having an automated factory would allow them to employ the same amount of people with similar wages working for less hours, that would be a massive improvement in those workers lives having more free time to relax and most importantly de-stress.

Keeping the same or more jobs on your balance sheet but having them overseas is definitely not beneficial from a human standpoint.
Posted by crossy - Tue 15 May 2012 11:36

Canon cameras are still selling extremely well and Canon have increased their 2012 profit forecast by 16 per cent recently in the face of competition from ever more capable smart phone camera facilities. Adapting while in this position of strength shows good proactive planning. It’s a shame about de-skilling their workforce though.

Not sure I agree with the deskilling bit - yes, you're replacing human assembly workers with robots, but then again presumably someone @Canon has to maintain those robots? Maybe it's me being a total snob, but surely the highly skilled jobs are those in design - and these aren't affected.

As to the first bit though, kudos to Canon for being good enough to fend off the tide of cameraphones - at the end of the day I would have thought that even a “budget” decent digicam would be able to hold it's own against a smart phone's camera purely because the digicam has a a good optical stage (zoom etc) whereas your smart phone doesn't.

That said, I quite like Canon gear - despite both of my cam's having to get repaired. At least in those case (a) I could take it to a local camera shop to get fixed, and (b) because it was a sensor issue I got it done under warranty, despite both devices being pretty ancient. Unfortunately I can't say the same for my Panasonic Lumix - if that blows a fuse then I'll have to mail it off somewhere. So this particular consumer is quite happy to pay a small price premium for Canon's “premium” product.
Posted by mikerr - Tue 15 May 2012 11:45
“I, for one, welcome our new robot overlords"
Posted by Spud1 - Tue 15 May 2012 12:29
in two minds of whether this is a good thing or not.

Business wise it clearly is - staff are a blight on every single business, whilst simultaneously being the most important part of it, so replacing your staff with something that will work 24/7, never complain, never get pregnant, never get sick, never sit on facebook etc is huge.

The problem is that jobs will be lost - sure numerically the number of jobs may not change (it may even go up) but the salaries/skills will drop massively, especially when you are in a precision engineering sector. Yes you will need maintenance engineers but not as many as you may think, and certainly not enough to replace the jobs the factory workers will have lost.

That said however if they were going to move production to China anyway, then it's no big deal as those jobs would have been lost regardless - this move is better as it at least keeps some of the jobs.

Tough one but a brave move by Cannon imo :)