It seems like barely a week passes by without new stories concerning shortages of tech products like CPUs, graphics cards, or games consoles. A lot of the problem is due to the unrelenting demand for contract chipmaker output from the likes of TSMC and Samsung. These chipmakers are struggling to keep up with demand, and bringing online further capacity takes considerable time, investment, and could mean they get paid less for their output.

Today reports suggest automakers are looking to throw petrol on the fire burning through the available output from these contract chipmakers. Reports published by the likes of Reuters and Nikkei Asia say that four of the biggest Taiwanese chipmakers met with the country's economics minister on Wednesday to hear a request from automakers from around the globe. This meeting was preceded by the German Minister of Economic Affairs requesting help, from Taiwan's Ministry of Economic Affairs, to improve the flow of chips to the auto sector. 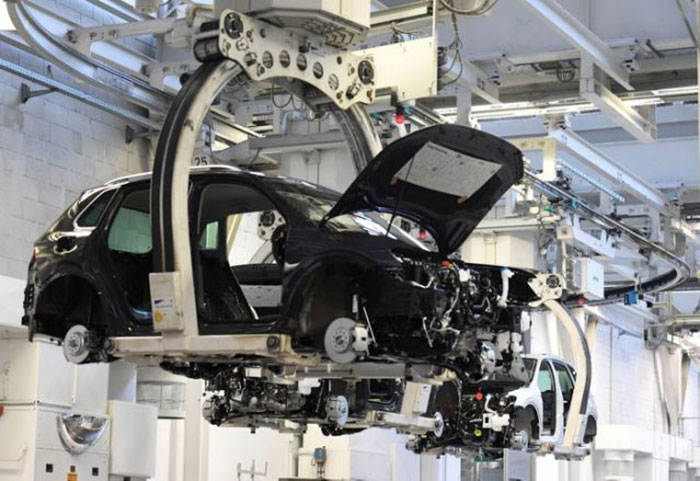 Huge automakers like Volkswagen, Ford Motor Co, Subaru Corp, Toyota Motor Corp, Nissan Motor Co Ltd, Fiat Chrysler Automobiles and others have had production stalled because they can't get enough of the chips needed for the various auto systems that are now commonplace. A surge in chip demand from democratic Taiwan is largely due to the US sanctions on communist China's tech output. 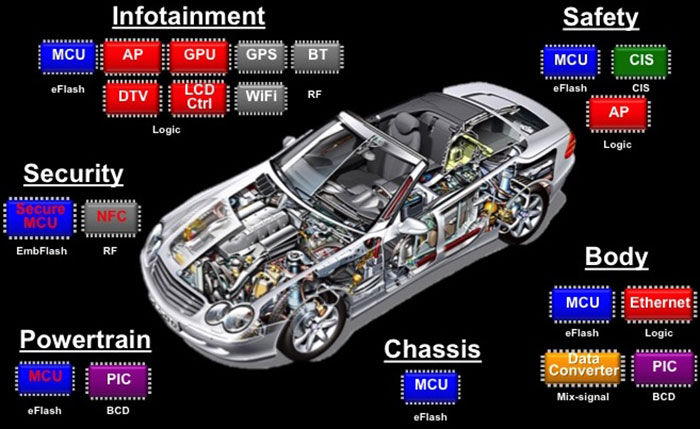 Is this automaker pressure bad news for PC tech?

With only so much capacity available from the factories now operating, how can they prioritise automakers without sacrificing PC components? Well, it doesn't sound like drastically bad news because while all four Taiwanese chipmakers told the minister they were already overloaded, they will be seeking consent from current customers for delays or product quantity reductions.

PC enthusiasts will be hoping AMD and Nvidia (consumer Ampere is Samsung made) won't be among those agreeing to delay or cut orders but at least they aren't being pushed without consent. Of course the likes of TSMC won't want to upset long term core customers either.

Another positive that can be seen in the reports is that automakers will possibly make due with optimisations to current process output. In other words as processes are optimised and output increases automakers can be given the opportunity to buy up this extra capacity.

Last but not least there is talk of chipmakers raising car processor prices by as much as 15 per cent due to surging demand. It wouldn't be surprising to see other semiconductor products facing price increases in later in 2021.

rabidmunkee
I hope theyre paying for priority.
Else why, theres enough cars for everybodys needs, lots of spare on those forecorts too.

I was wondering the same thing. I'm finally in the position to buy a new car for the first time in ages but I'm not looking as my current 15 plate diesel is sat on my drive barely getting enough miles to stop the battery going flat. Who is buying all these cars? You can't tell me even with essential workers and businesses still needing them demand is high at the moment?

Also why are cars more important than say health equipment or laptops for learning/working?
Posted by LSG501 - Wed 27 Jan 2021 15:54
Got to be honest with the focus on ‘working from home’ you'd think they'd be prioritising things we use at or in the home rather than cars which we have very little need for right now….
Posted by ik9000 - Wed 27 Jan 2021 16:03

LSG501
Got to be honest with the focus on ‘working from home’ you'd think they'd be prioritising things we use at or in the home rather than cars which we have very little need for right now….

because the US motor trade matters politically and economically in the US, and Taiwan needs the US to keep supplying the arms to keep China at bay, a China who are increasingly trying their luck. It's all about geopolitics, naff all to do with what consumers are actually buying.