Microsoft announced that it made changes to its board of directors on Wednesday. It was a rather big change, as a new board chair was announced. The independent directors of Microsoft's board unanimously elected none other than the current CEO, Satya Nadella, to be board chair. Nadella will replace John W. Thompson, as board chair, who now becomes the firm's lead independent director, a role he held previously from 2012 to 2014. Nadella has become the third chairman in Microsoft's history (Bill Gates had the role before Thompson). 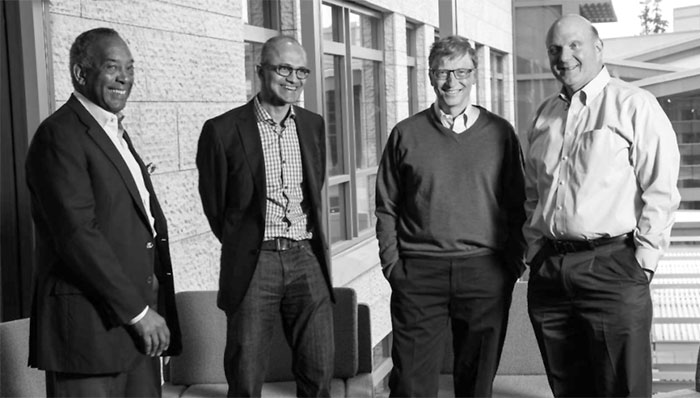 You might be wondering about the significance of the change. Microsoft's press release explains Nadella's duties as board chair as follows: "Nadella will lead the work to set the agenda for the board, leveraging his deep understanding of the business to elevate the right strategic opportunities and identify key risks and mitigation approaches for the board's review." It goes on to say that Thompson will "retain significant authority," and his input will be very valuable – which even includes performance evaluations of the CEO.

Part of the reason behind the above changes might have a lot to do with the respective candidates' life plans. Nadella, 53, has been in discussions with Thomson, 72, about these roles since last autumn, reports The Seattle Times. Moreover, Thomson has been scaling back his chairman workload in recent years.

It is clear that Nadella's influence at the world's biggest software company has been strengthened by this change. It appears to be the case that Microsoft's board and shareholders are pleased with the performance of Nadella as CEO since 2014. He arrived in the wake of the Windows mobile failure, and Windows computing also seemed to be in terminal decline at that time – thanks to the ascent of mobiles, tablets, Chromebooks, and so on. However, it seems like Nadella has been instrumental in changing things around by growing Microsoft's influence in cloud and AI, while reinvigorating Windows and Office, and cultivating the premium Surface line of devices and accessories. At E3 2021, we saw Microsoft's gaming strategy appear to be paying off too – with lots of top developers in its stables and facilitating Xbox Games Pass nearly everywhere.