Jon Peddie Research (JPR) has published its latest Market Watch report, which sums up the PC market for Q1 2021. Probably the biggest, yet unexpected, news morsel within the report is that there has been stunning growth in the sales of 'PC-based Graphics Processor Units (GPUs)' recorded during the quarter. It looks like the discrete GPU vendors have turned up supplies significantly, but as many HEXUS readers will be all too painfully aware, this effort has been like a chihuahua urinating on the towering inferno of demand.

In Q1 2021, 119 million GPUS were sold into the PC market, says JPR. This is an increase of 38.74 per cent year-over-year, observes the market researcher. The colossal figure is flat compared with Q4 2020, while traditionally the Q1 figures are (about 7 per cent) down compared with the previous quarter.

Looking forward, JPR expects a CAGR of 2.87 per cent during 2020–2025 to result in 3,333 million PC GPUs being sold by the end of the forecast period. Moreover, discrete GPU penetration is going to reach 26 per cent by 2025, it forecasts.

The above figures show that AMD's dGPU market share has recovered a little since the previous quarter. However, if all dGPUs are all selling like hotcakes, this latest market share figure is more of a measure of manufacturing output than popularity. It leads to the question of when will AMD, Nvidia, and their partners release their biggest mass-market GPUs in sufficient quantities that consumers again have a choice. Perhaps the GeForce RTX 3050/Ti and Radeon RX 6500 will strike the right balance between lack of appeal to crypto miners and enough quantity to upset the scalping applecart. 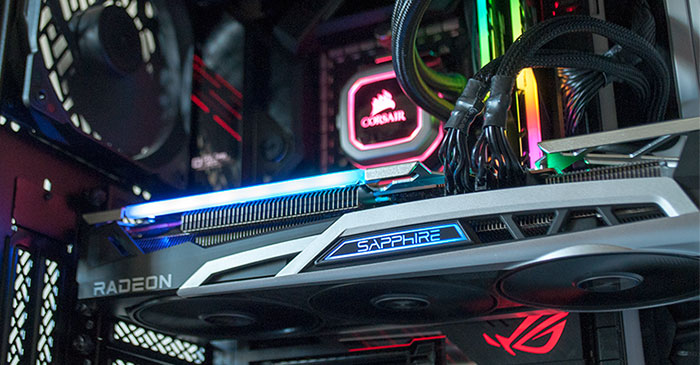 Jon Peddie, President of JPR, ended the firm's press release with an enigmatic quote, which I think warns dGPU industry players of another boom/bust cycle driven by the crypto currency craze. "The risk is that semiconductor suppliers will be lured into over-reaction and believe that suddenly 100s of millions of new users have appeared and the demand will stay high. That's not only not realistic, it's also not true—where are they coming from—not this planet?"

Why? PC shipments were up over 50% in the same time reversing a 10 year trend