Japanese PC enthusiasts and gamers who choose to build their own PCs are lapping up AMD processors. PC Watch Japan reports that it has seen aggregated data via BCN, from 24 resellers such as Amazon Japan, BIC Camera, Edion and various bricks and mortar stores, that suggests AMD now has 68.6 per cent of the solus CPU market. In terms of pre-built PCs, AMD's percentage share is much less; BCN reports that the current market share for AMD in pre-built laptops and desktops is just 14.7 per cent. 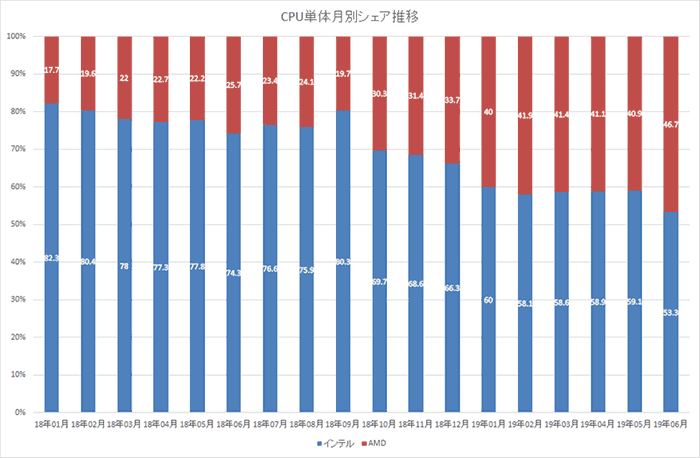 Above you can see BCN's sales data for solus AMD CPUs. Sold to users indulging in PC DIY and upgrades, there are clear positive trends for AMD here. The data in the chart runs to 19-06, which in UK calendar terms is June 2019. At that time AMD had an already formidably challenging 46.7 per cent of the PC DIY market for CPUs. 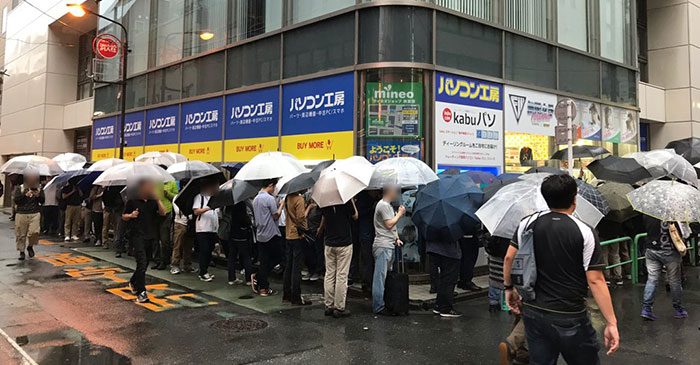 Queuing in the rain to get some Ryzens

In July, thanks to the release of the highly anticipated Ryzen 3000 desktop processors, the red wave has broken past the 50 per cent barrier. The latest available data from BCN for the period from 8th to 14th July 2019 gives AMD 68.6 per cent of unit sales in Japan. PCWatch notes that in the background is not just AMD's success in tuning the Zen microarchitecture with its Zen 2 cores, but a "lack of supply of Intel CPUs" for the DIY market. It will be interesting to see if this momentum will continue or we are seeing a short-lived peak due to the processor launch and availability (and rival part shortages). 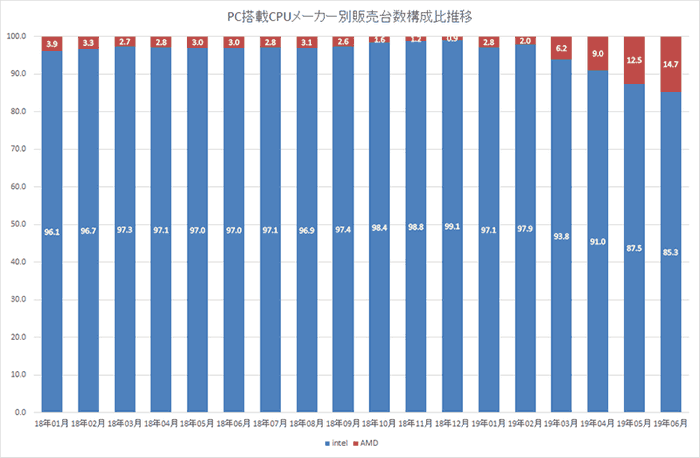 In pre-built PCs and laptops, AMD still has a long way to go to mirror its success in the DIY market. As mentioned in the intro, AMD has just 14.7 per cent of this market, but the trend is pretty clear - the necessary design-to-production delay for system integrators is one factor likely throttling red momentum. While 14.7 per cent might sound small, in December 2018 AMD's share of pre-built systems sold was under 1 per cent. Perhaps the next generation of 'Renoir' APUs, with the Zen 2 CPU microarchitecture and updated (Navi?) GPU cores will really help AMD in the pre-built market. 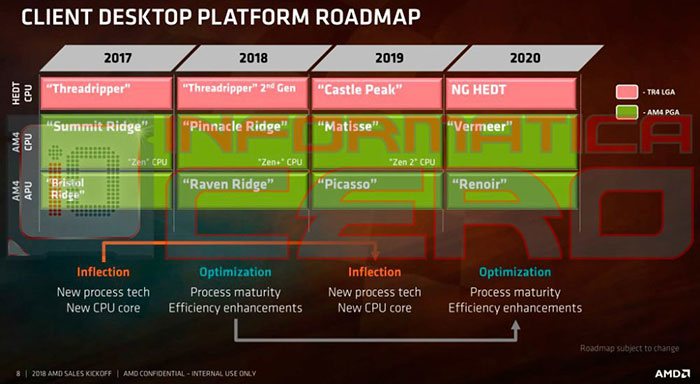 lumireleon
for some of us who are yet to buy AMD what has been the biggest drawback to owning an AMD cpu?

kalniel
There aren't any drawbacks.

I'm slowly acquiring parts for my new AMD build. It's my first AMD build since my very first PC back in 2000. (I missed the athlon X64 era, had I had funds and opportunity I might have done AMD then too). It was fine. I kept getting BSODs then, but that was due to not enough RAM and inadequate cooling. That machine was awful but I didn't know any better at the time.
Posted by Zak33 - Mon 29 Jul 2019 14:11

lumireleon
for some of us who are yet to buy AMD what has been the biggest drawback to owning an AMD cpu?

the draw backs are zero. £ vs £ they rock the hell out of everything Intel has. I have a Ryzen 1700 (first series Ryzen, 8 core, 16 thread) and it's a power house.
2nd Gen (start with a 2) were better, but nnot enough for me to swap up.
3rd Gen are notably better than 1st Gen.

I'd not even blink at an Intel right now tbh