You are here:
Components Retailers News

AMD has introduced Combat Crates. The proposition is a simple one – in the ‘crate’ is a bundle of modern AMD CPU, motherboard and GPU. This is “all you need to game,” says the strapline. VideoCardz discovered the existence of the AMD Combat Crates a few hours ago, then updated its story as the first ‘crate’ became available on Amazon. 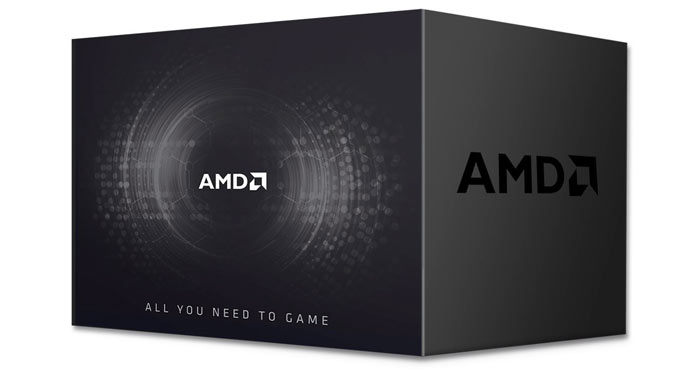 The idea behind the AMD Combat Crates seems to be that it will give a neat all-in-one upgrade solution for people wishing to boost a tired old PC, or provide the foundations for a brand new one. Secondly, and perhaps more importantly, the GPUs included in the crate could alleviate a struggle for supplies of such components by PC gamers. The theory is that a cryptocurrency miner wouldn’t be interested in these Combat Crates as each crate contains components surplus to requirements and adding to the cost. 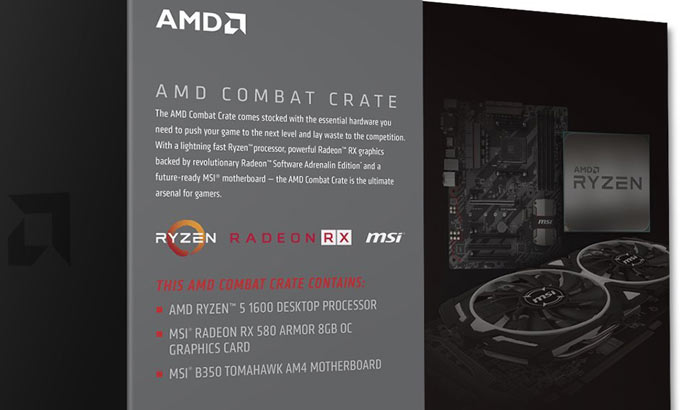 The economic argument might have been good weeks or months ago, when the idea of Combat Crates was born around some boardroom table. However, as PCWorld notes, the AMD Combat Crate, only avaiable in North America, listed at US$549 isn’t the bargain it would have been a month ago. On Amazon US now you can buy the Combat Crate components individually for a total of US$587 (with the CPU available for $175, the motherboard for $85, and the GPU for $327). A month ago the MSI RX 580 Armor graphics card alone would have cost $465. 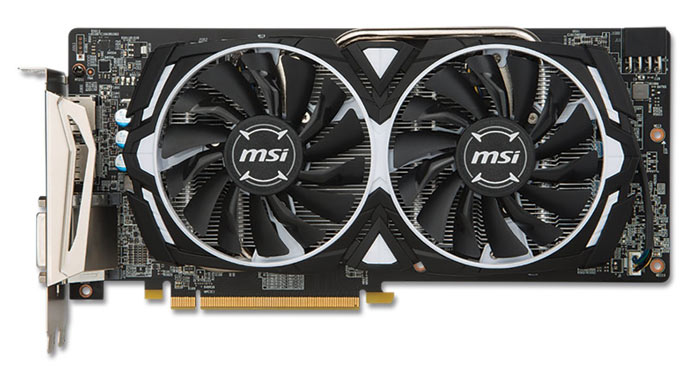 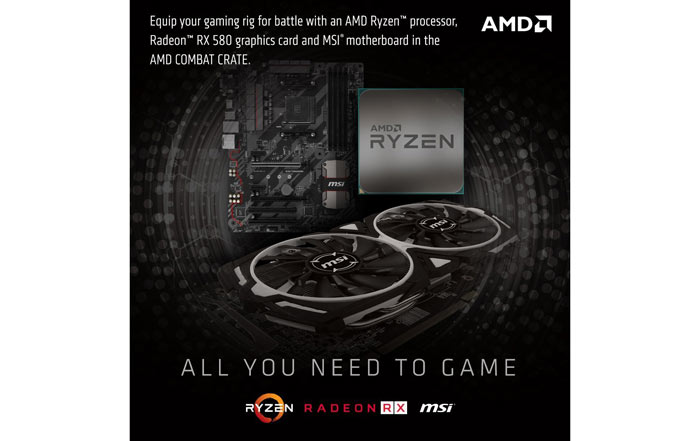 Most people (myself included) would've been looking at this to refresh an older DDR3 system.
Posted by Corky34 - Tue 24 Apr 2018 11:09
It would have made more sense if it was $100 less, that's roughly what the component parts cost (going on SEP prices) so it seems they took that and added $100 so they could cash in on these crazy prices.

Corky34
… Good idea subverted by what seems to be corporate greed.

As the article points out, when the bundle was devised and the marketing/pricing prepared, it probably was good value. It's just that prices have moved sufficiently over the last couple of months that it isn't any more…