be quiet! unveiled its best-ever PSUs in January at the CES trade show. At that time, it was expected the Dark Power Pro 12 80 PLUS Titanium-certified supply would be available in March. Well-known supply-side issues and ironing out a few wrinkles has led to the supply being pushed back to September 2020.

Being a best-in-breed PSU with excellent efficiency, it only makes sense to have it available in higher wattages for platforms such as AMD Ryzen Threadripper and Intel Core i9/Xeon. be quiet! follows this line of thinking as DPP12 arrives in 1,200W and 1,500W capacities priced at £370 and £420, respectively. 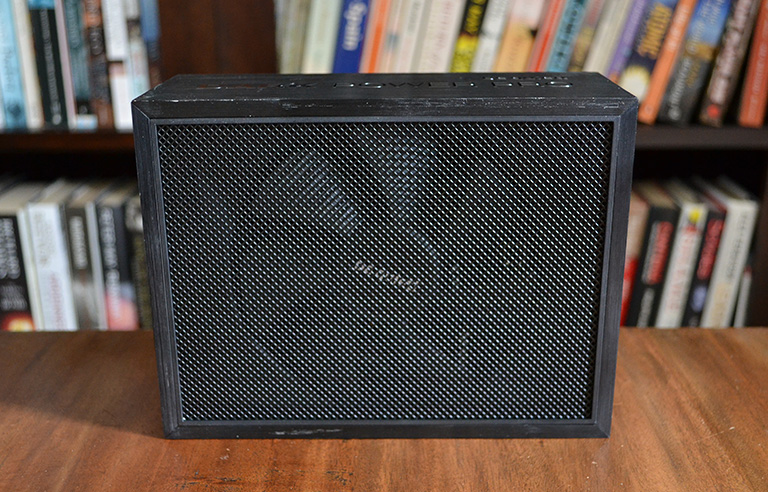 There is nothing higher than 80 PLUS Titanium in the efficiency stakes, which means at least 90 percent efficiency at 10 percent load, rising up to a whopping 96 percent at 50 percent. There can clearly be very little wastage in converting mains AC power to computer 12V power, and only a handful of supplies are able to ramp up electrical excellence to this level.

be quiet! uses a fully digital control for the power factor correction (PFC), LLC (coils and capacitors), and SR (synchronous rectifier), and though the previous champ, DPP11, also uses the same general full-bridge topology in meting out high efficiency, its platform doesn't have such fine control.

In improving every small facet that aids efficiency, be quiet! has also revised the chassis completely. The aluminium enclosure is built to a high standard and looks and feels different to anything that's come before, ostensibly to provide room for a frameless Silent Wings 3 135mm FDB fan. Though built beautifully, the chassis corners are rather too sharp for our liking, ending in points rather than being curved. Our 1,200W model weighs 2.4kg and measures 200mm deep, 150mm wide and 86mm tall, so make sure there is enough room in your system. 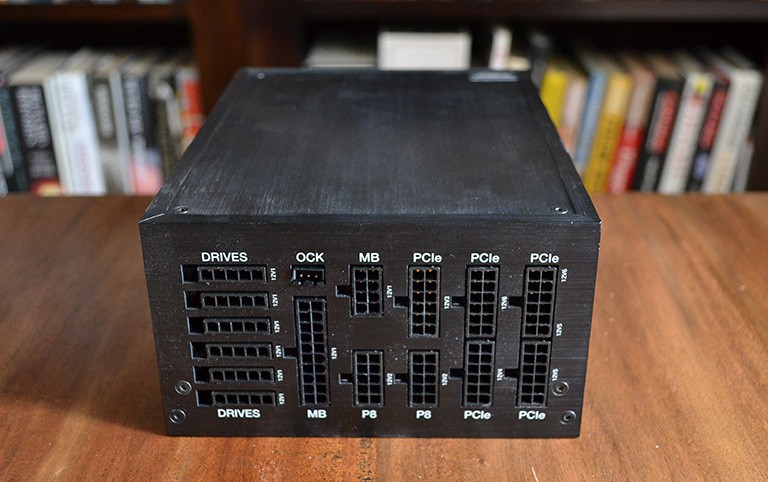 As expected, the connectors are fully modular. be quiet! includes black single-sleeved cables and combs for that extra bit of luxury. Lengths and amounts are plentiful - including up to 10 PCIe (6+2-pin), dual 12V P8, and lots of SATA - and they've been designed to fit into the largest of chassis.

By default, the supply has six 12V rails and a handy little diagram explains how each port is wired up. Note the OCK connector? For those that prefer the simplicity of a single-rail system, there's an overclocking key for that very purpose. It plugs into the three-pin header and then takes up a PCIe backplane slot for the switch; we reckon it would be better to have a hardwired switch on the chassis instead, saving space in systems where all slots are populated. 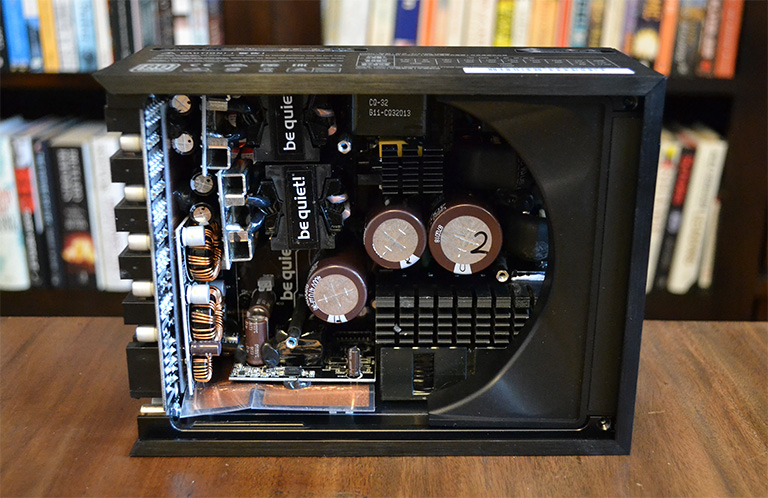 Opening it up shows how be quiet! goes about building this range-topper. The aluminium chassis looks like a great choice for acting as an external heatsink but this is not the case; there's clear plastic surrounding the PCB and isolating it from the body. Not that anyone would need lots of cooling on an 80 PLUS Titanium supply, of course.

The 135mm fan sits within a funnel which directs airflow to the components. On top, the fine-mesh cover enables the fan to draw in low-turbulence airflow. DPP12 continues the tradition of having the fan spin at all times. be quiet! says its super-low rotation rate infers near-silent operation, spinning at below 700rpm between 0-60 percent loads, and only rising to 1,220rpm (of a possible 2,600rpm) at full chat. As you will see later, the PSU is almost silent at all loads. No complaints for not having a proper semi-fanless mode. Soldering is first class, too, with all daughterboards offering a clean layout.

Knowing that Nvidia's next-generation Ampere cards use a mini-12-pin connector, be quiet! is bundling in its own connector in retail packs, though our sample arrived without. 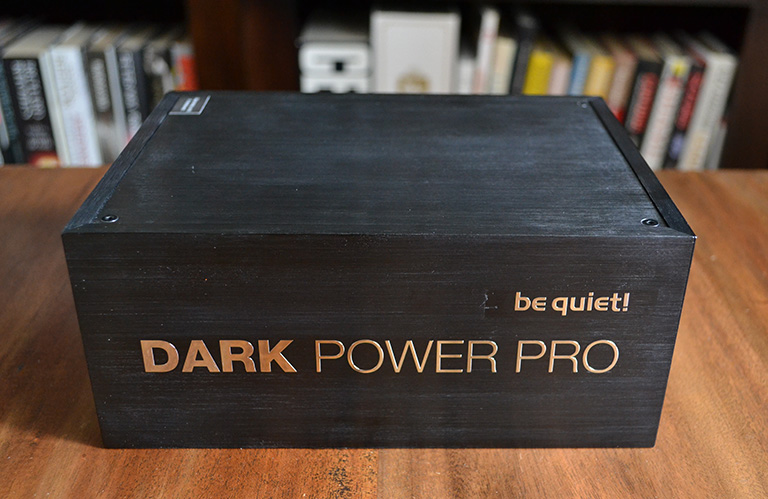 The supply offers a total 100A on the 12V rail(s), a combined 50A on the 3.3V and 5V rails, and 0.5V and 3.5V for -12V and 5VSB, respectively. That's plenty enough for any esoteric build, including systems with dual graphics cards and overclocked CPUs. In fact, given the cost of the supply, we'd only consider it for proper HEDT setups; it's wonderfully overkill for anything else.

Backed by a 10-year warranty, let's run the numbers and see if it can produce best-ever results.