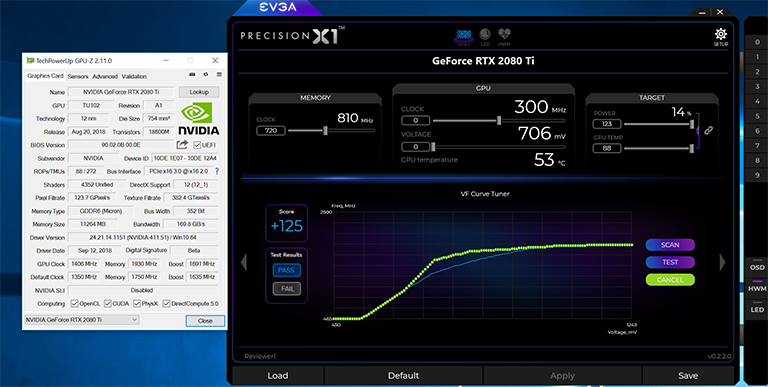 Overclocking on the RTX-series of cards has been made more user-friendly due to the changes in GPU Boost 4.0. As Nvidia says: 'the algorithms used with GPU Boost 3.0 were completely inside the driver, and were not exposed to users. However, GPU Boost 4.0 now exposes the algorithms to users so they can manually modify the various curves themselves to increase performance in the GPU.'

That's all good, but there is also a really simple way to find out the safe overclocking headroom for the core without having to go through the rigmarole of manually overclocking, testing, and then either rebooting or inching the engine clock higher. This one-button overclocking, known as Nvidia Scanner, works by examining the actual card's frequency/voltage curve via running a mathematical algorithm that looks for single- and multi-bit failures to determine stability throughout different possible clocks.

So, once you have inputted the power target, adjusted the temperature and voltage to your liking, the Scanner automatically examines each VF point on the curve and determines a safe limit. Should the test fail, the voltage is knocked up to the next level and frequency is then re-evaluated. The whole process takes about 20 minutes, and you can use the time wisely to make a cup of tea and enjoy a few biscuits.

The blue line represents the out-of-the-box curve, the green dots show how much more headroom there is at various voltage points. Ideally you want to see the green dots way above the blue line at every point. Our test on the RTX 2080 Ti shows that there is far more scope for overclocking in the middle section of the curve. The RTX 2080's curve, meanwhile, is different, as will each card's be to some degree.

You still set the memory speed manually, unfortunately, but this one-stop core shop is handy in getting the most out of the engine with the least amount of time spent faffing with overclocking utilities. 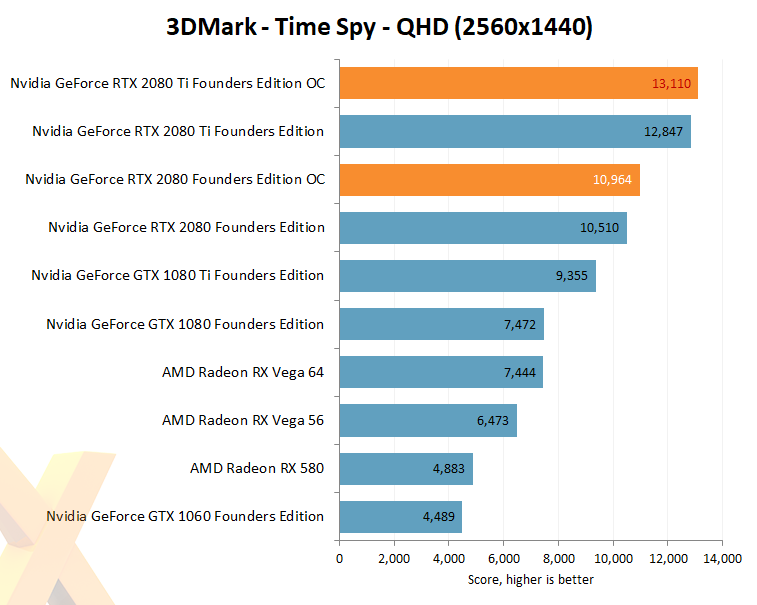 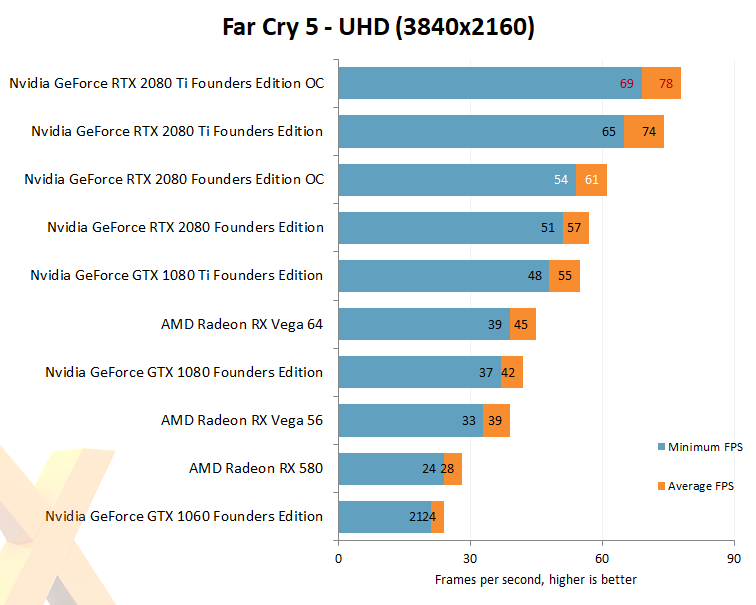 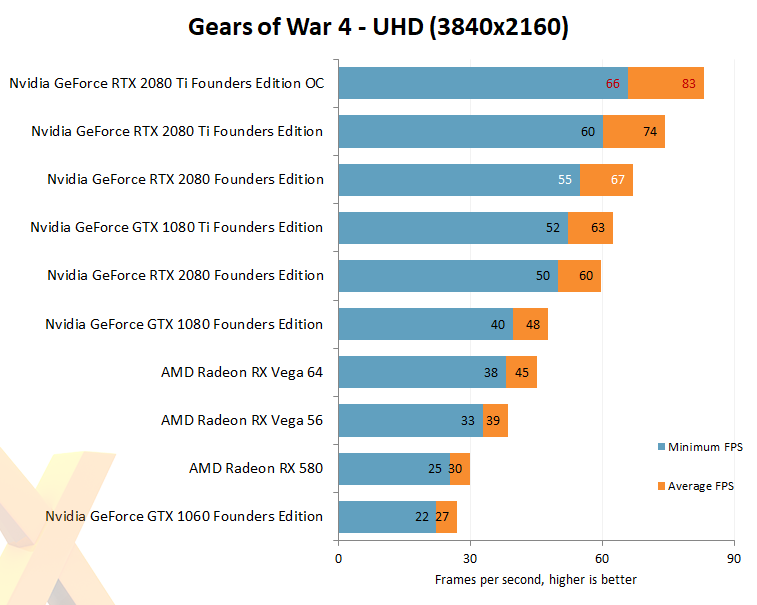