Let's tackle HDR briefly. Nvidia says the RTX series is better at running HDR than previous generations. We attached the test PC to a Samsung 55MU6400 TV and then activated HDR within Windows by setting it to the RGB colour space.

Taking two closely-matched cards as the HDR contestants, we ran a couple of 4K tests on the RTX 2080 and GTX 1080 Ti using Far Cry 5 and Middle-earth: Shadow of War.

Much has been made of the performance and image-quality benefits of running the DLSS algorithm. This Deep Learning Sub-Sampling approach is novel insofar as a trained network, built in the cloud and run on the RTX Tensor cores, is able to render high-quality AA with minimal performance cost. Nvidia says that not only is the image quality better than traditional TAA, performance jumps by a huge amount.

DLSS is the trump card for the RTX line, particularly for the RTX 2080 that is otherwise reasonably similar in performance to the GTX 1080 Ti. The question you may well have been asking thus far is why should I pay the extra - £750 vs. £600 - for a new-gen card that performs, at best, only 10-15 per cent better than the last-gen champ? Fair question.

To answer this, Nvidia supplied the press with a special version of the Final Fantasy XV Windows Benchmark. The special sauce, as you may have guessed, is that it has both a DLSS and TAA mode but otherwise keeps settings the same - 4K, high quality. Of course, DLSS only runs on Turing hardware, but putting it to the test reveals fundamental rendering speed-ups.

What you are looking at is the FRAPS data for the entire benchmark, spit out into average and minimum frames per second. We see that both cards are pretty close, as expected, with them running the benchmark with TAA used. However, the performance improvement by switching to DLSS is profound, to the tune of 40 per cent. That is massive.

And if you remember how DLSS works, it promises TAA-beating image quality to boot.

Here are screengrabs captured from the benchmark when running on the RTX 2080. TAA on the left, DLSS on the right. Feel free to click for a native-res version and make up your own mind which is better.

Zooming in on the second picture, near the left-hand side of the car, reveals how much smoother the car light and grille look on the DLSS capture.

On a similar note, we also ran the Epic Infiltrator demo, at the same resolution, with the TAA and DLSS flags. The results here are starker because the RTX 2080 is already 17 per cent faster on a like-for-like basis. Extending that lead out farther with DLSS pushes it to be 63 per cent quicker.

In a nutshell, DLSS (and to a lesser extent ray tracing) is the performance-feature hammer that Nvidia wants to showcase the RTX cards with.

It's really difficult to overestimate how important it is to RTX's performance perception and potential sales - Nvidia has said that 25 games will have DLSS shipping soon - because it is, quite literally, a game-changer for every RTX card that isn't the 2080 Ti. That beastie has enough firepower on its own.

What we need to do is to look back in, say, six months and re-evaluate how far Nvidia has come in implementing DLSS in leading game engines. It is the short-term feature that will energise RTX and provide clear distinction between Turing and Pascal.

The RTX Holy Grail is to use traditional rasterisation, ray tracing and Tensor core-driven DLSS in future games. Offering a peek into what is possible, the Star Wars Reflection demo, made with the cooperation of Nvidia and ILMxLAB, shows photo-realistic rendering that is hard to separate from film. The entire demo is computer generated and processed on the fly. 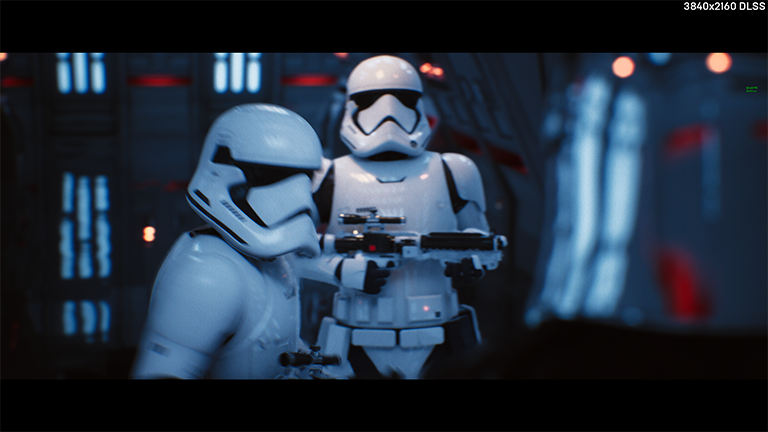 As an ultimate showcase of RTX power, a single RTX 2080 Ti is able to process the demo at 4K and a film-pacing 24fps. Uncapped, it averages around 30fps. In contrast, the same demo run on a GeForce GTX 1080 Ti, rendering the ray tracing via software, averages about 4fps (big file, 9MB).

Sure, it's a very niche, finely-tuned example of what the new GPU can do, but you can't help be impressed by the output and frame rate on the new hardware. Demos are one thing, games are another, of course.

A quick word for the miners out there. Brief tests showed the RTX 2080 managing 38MH and the Ti 52MH using our in-house Ethereum benchmark based on Claymore 11.6. Not that you would spend over a grand for a bit of mining, right?