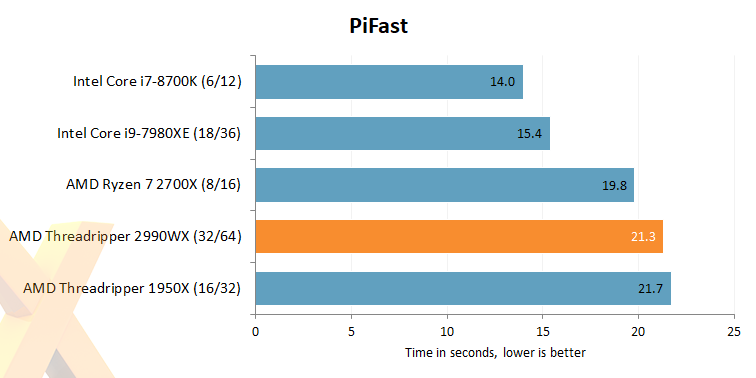 One wouldn't expect class-leading times from a single-threaded test. 2990WX performs much like other Ryzens that have come before it, and this is one area where Intel's own many-core chip, the 7980XE, has a decent advantage. 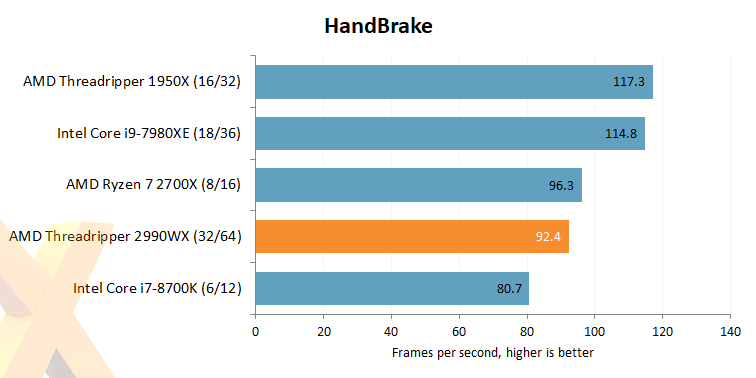 Hmm, what's going on here? HandBrake scales pretty well up to 32 threads but then throws a wobbly. We've since heard AMD mention that the application doesn't scale at all well from 32 to 64 threads. In fact, the performance drops quite significantly from last-gen Threadripper 1950X. The benchmark illustrates that the WX range's performance is very application specific.

AMD may argue that HandBrake is the wrong sort of test for a 32-core processor. Instead, the company says, users of professional apps such as DaVinci Resolve will see a clear benefit from 16 cores to 32. We're currently evaluating the benchmark. 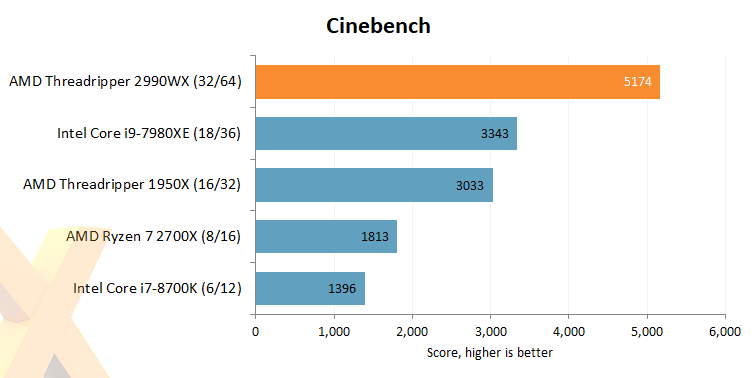 The poster-child for AMD's Ryzen has thus far been Cinebench. Scaling is excellent across the 64 threads, so much so that there's nothing remotely close. 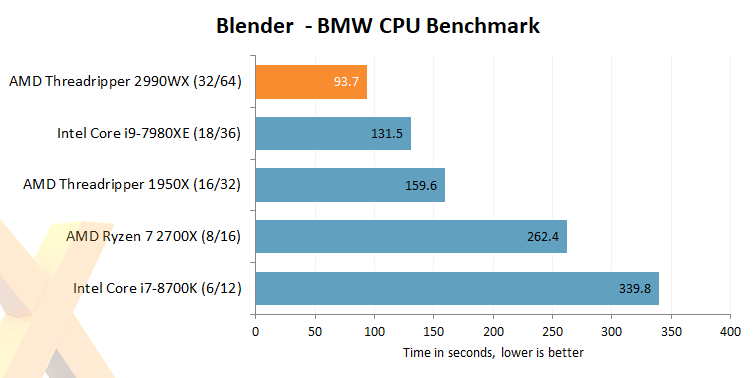 Open-source Blender is another fine example of what happens when lots of cores meet an application that can take eager advantage of them. The 2990WX is about 4x faster than an Intel Core i7-8700K, which itself is a fine processor for everyday tasks.

Performance is monumental when the application is tuned well. But you kind of knew that.