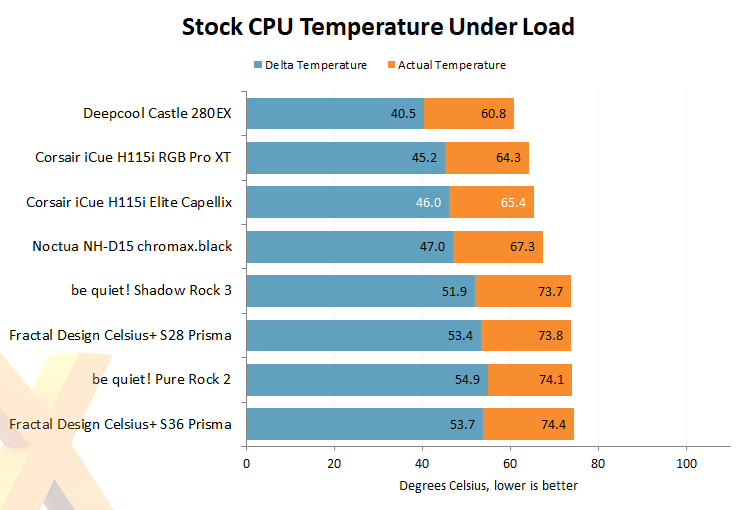 Our benchmarks begin with the 105W AMD Ryzen 3950X CPU running at stock speeds. We use the popular and open source Blender creation suite to render the taxing Victor scene and record the average CPU temperature from the last five minutes of 100 percent load.

Corsair's Elite Capellix is primarily a visual upgrade, and as such performance isn't too dissimilar to the existing RGB Pro XT model. No bad thing, mind, as performance is very good for a 280mm all-in-one. 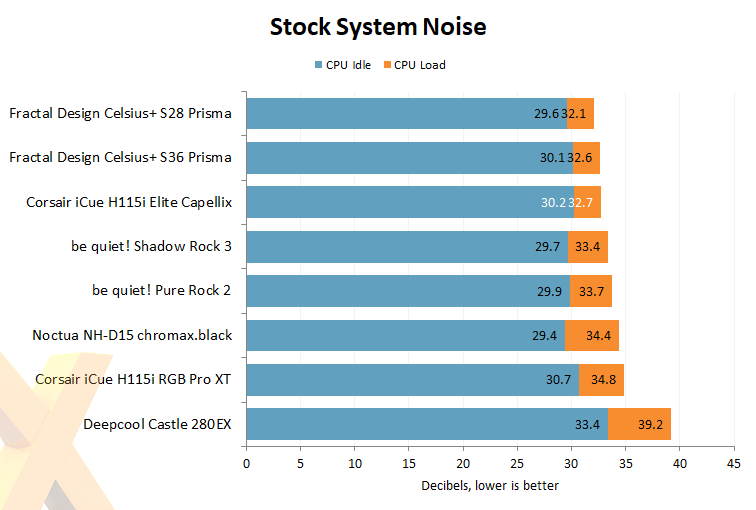 One area in which Corsair has improved between generations is noise output. The Elite Capellix model continues that good work, running quietly at all times on a stock-clocked CPU. 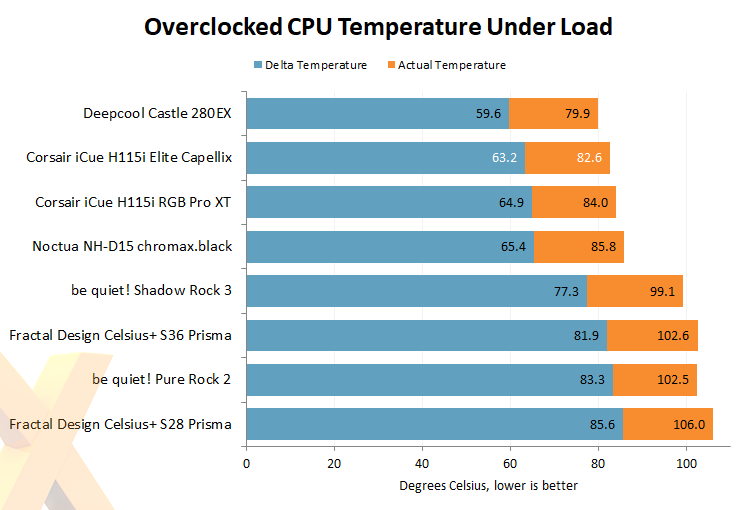 Even with the extra juice coursing through the Ryzen CPU's veins, the iCue H115i Elite Capellix is more than up to the task. With this amount of cooling potential, overclocking is encouraged. 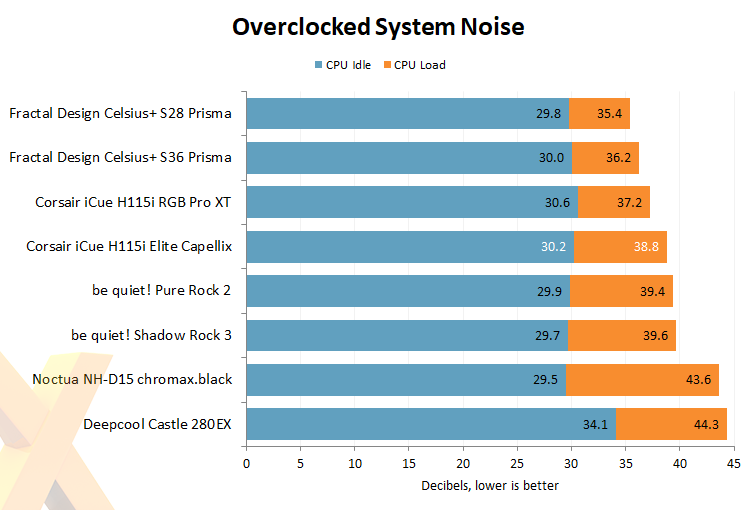 The goal for any cooler's default out-the-box configuration should be to find an optimal balance between cooling performance and noise output. Fractal Design's Celsius+ lets temperatures run warm in favour of ultra-quiet acoustics, while Deepcool's Castle keeps temps to a minimum at the expense of jet-engine noise. Corsair's H115i arguably strikes a better balance than both.