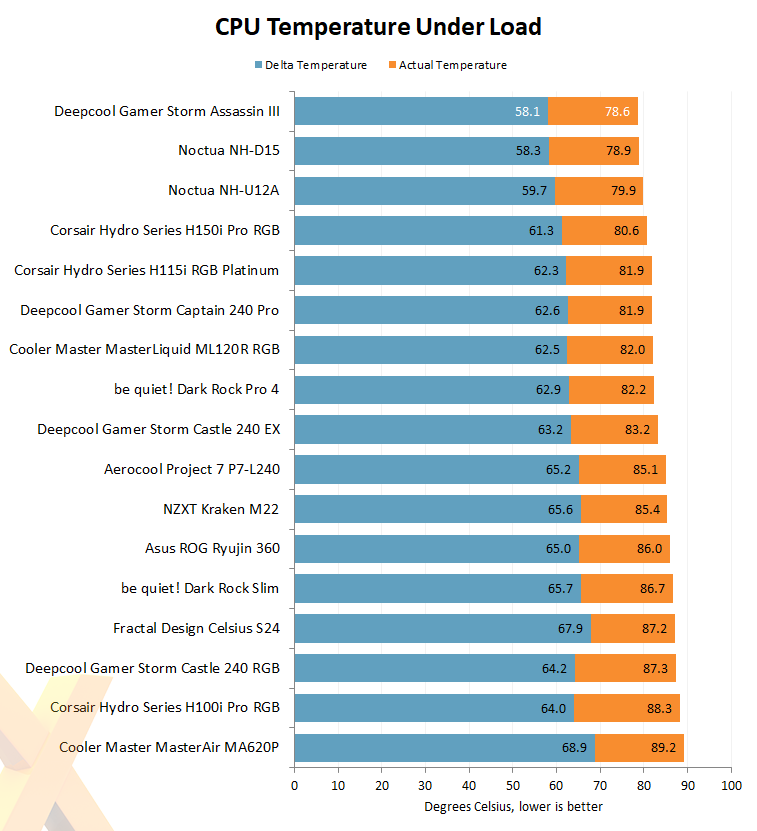 The Assassin III and NH-D15 are the heavyweights of twin-tower coolers, and it comes as no surprise to find the duo competing at the top end of the chart. Both are ideally suited to our Intel Core i7 processor, overclocked to 4.8GHz across all cores, and though performance is almost identical, the newer Deepcool just about edges it. 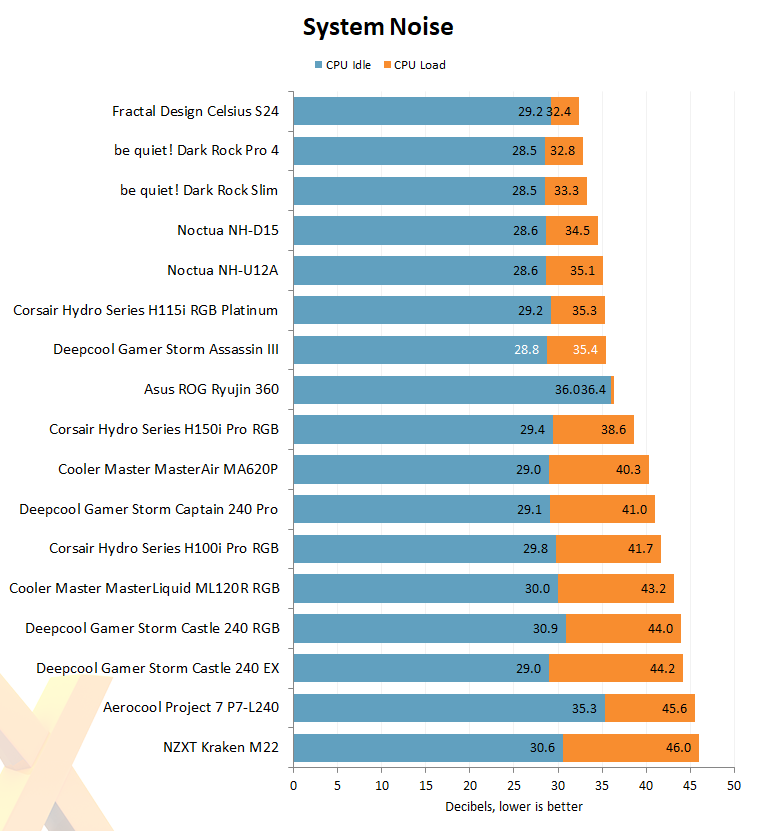 Keeping a CPU cool is only part of the puzzle for a modern-day build, the real trick is shifting heat while creating as little noise as possible. In this test, the tables are turned; Assassin III is wonderfully quiet when idle, but the NH-D15 is that extra bit quieter under load. These are fine margins, mind, and both coolers are ultimately among the best on the market. Do note that adding the low-noise fan adapters reduces noise levels to sub-34dB, albeit at the expense of cooling performance.