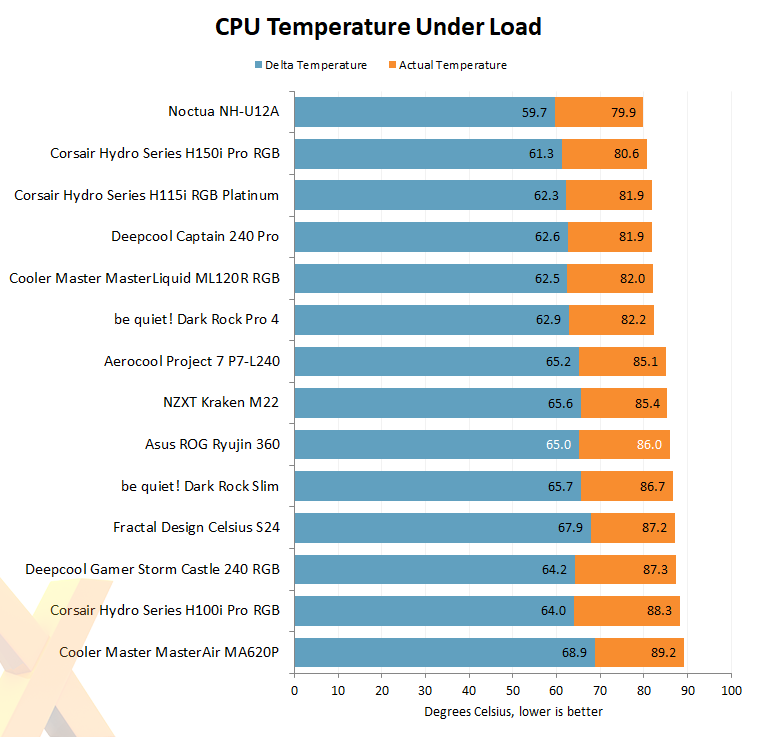 It's fair to say we were expecting more in terms of cooling performance. In keeping with the numbers reported in the LiveDash utility, it seems the cooler is responding to a temperature sensor other than the CPU itself, resulting in warmer operating temps. It is possible to improve performance with a custom curve - Ryujin 360 gets close to Corsair's H150i Pro RGB with a bit of tweaking - but out-the-box results leave something to be desired. 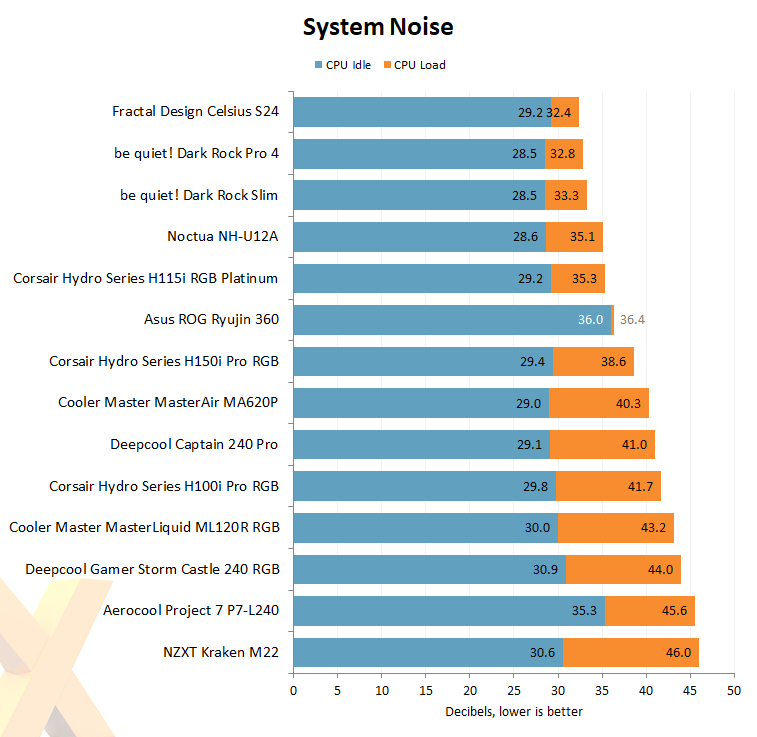 Noise levels aren't a strong suit, either, and this isn't a reflection on the Noctua fans - they're nice and quiet during use - but rather the 60mm fan shoehorned into the pump. It's a noisy little unit that makes the pump assembly audible at all times.