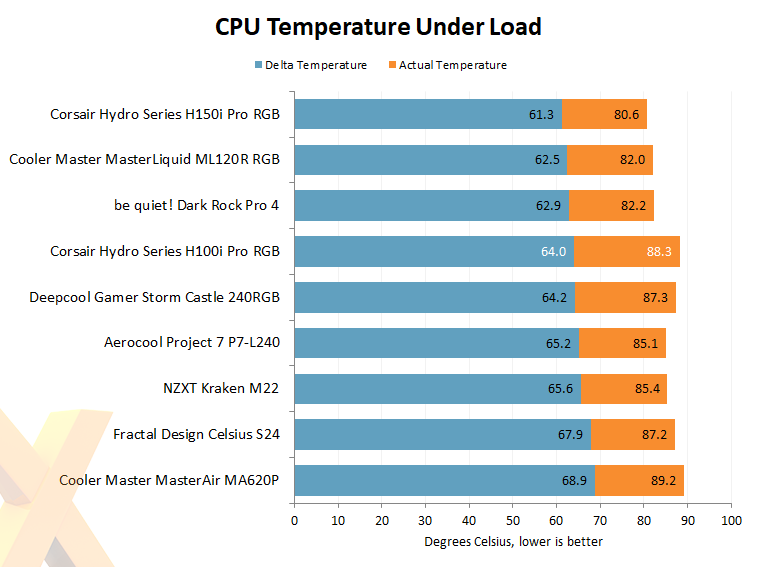 The summer heatwave is wreaking havoc on our CPU cooler graphs. Corsair's Hydro Series H100i Pro RGB managed to keep our overclocked Core i7-8700K running at just below 90ºC under maximum load, and taking into account the hotter-than-usual ambient conditions results in a satisfactory delta temperature of 64ºC. Performance, as expected from a 240mm solution, is solid. 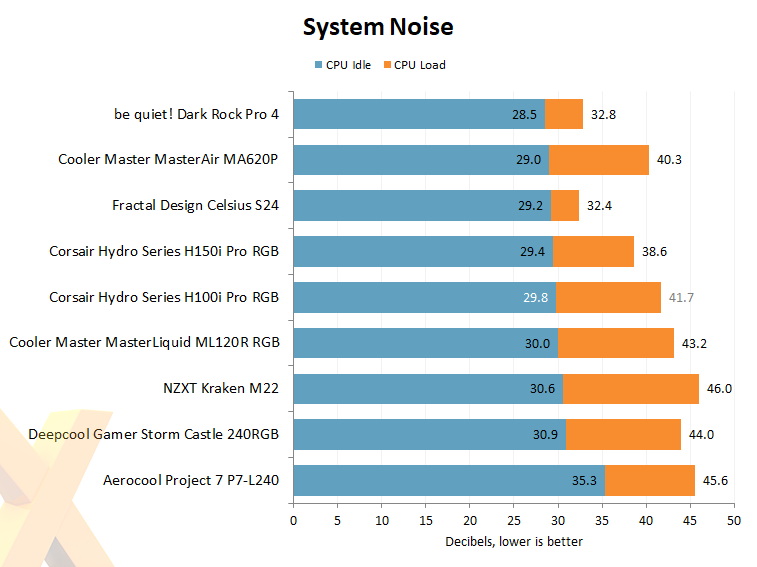 Noise levels aren't bad, either. Earlier Hydro Series coolers were renowned for noisy pumps and overzealous fans, but that isn't the case here. The H100i Pro RGB is barely noticeable when idle, and though the fans can be heard when the going gets tough on a hot summer day, they create a steady hum that isn't off-putting.