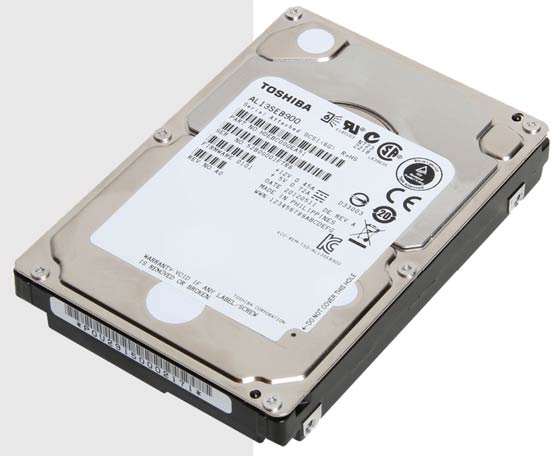 The 900GB AL13SE drive consists of three platters to store the data which is fed through a 6 Gb/s SAS interface. A dual-stage actuator head reads and writes the data enabling very precise head positioning no doubt necessary with such a data density, it also provides greater performance “including a 32 per cent increase in sustained transfer rate” according to Toshiba. 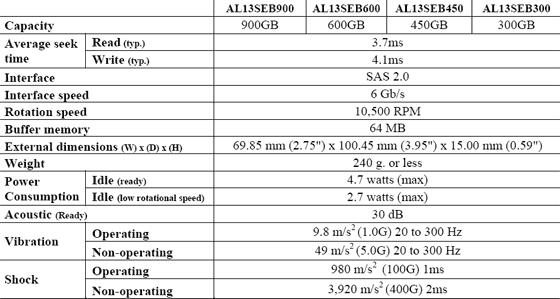 These enterprise 2.5-inch drives are 15mm thick so you won’t be able to shoe-horn one into your laptop, the drives are meant for server use, but the supplied 3.5-inch mount could be used to put it in a desktop PC with SAS interface. Historically these Toshiba drives aren’t cheap so the AL13s probably will follow this trend and there were no pricing indications in the press release. There are similar competitor drives on the market; the Western Digital Ultrastar C10K900 and Seagate Savvio 10K, both available in capacities up to 900GB and spin at 10,000 RPM, a little bit slower than the new Toshiba AL13SE series.