Scientists from the Cambridge Graphene Centre, part of Cambridge University, working with teams from the University of Exeter, India, Switzerland, Singapore, and the US, have published a study about using graphene to boost HDD capacity tenfold. The particular application of graphene in an HDD is targeting carbon-based overcoats (COCs) – layers used to protect platters from mechanical damage and corrosion. Apparently, the COCs occupy a significant part of the space required between the magnetic head and the data platter.

Since 1990 the COC has been reduced by successive technologies from 12.5nm to around 3nm. Using the state-of-the-art commercial COC means that HDDs can pack in around 1TB per square inch. The Cambridge researchers have replaced the COC with between one and four layers of graphene and reckon that thanks to this change the capacity of HDDs can be increased greater than tenfold.

The potential to increase HDD capacities tenfold is an excellent prize dug up by the researchers, but there are even more benefits to be had from the change. Graphene's 'wonder material' status is pretty well-known, but in this overcoat application it delivers many benefits including; corrosion protection, low friction, wear resistance, hardness, lubricant compatibility, and surface smoothness. Compared to conventional COCs, the scientists have found that "Graphene enables two-fold reduction in friction and provides better corrosion and wear than state-of-the-art solutions. In fact, one single graphene layer reduces corrosion by 2.5 times."

Another important quality of the graphene COC is that it plays nicely with Heat-Assisted Magnetic Recording (HAMR) technology. This capacity boosting tech isn't a great match with some COC materials, but the Cambridge researchers say graphene performs very well at the high temperatures HAMR inflicts on surfaces. 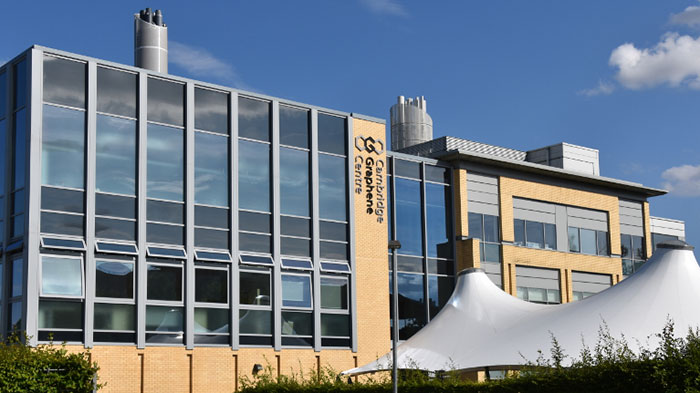 Summing up the potential importance of the adoption of graphene COC material, Professor Andrea C. Ferrari, Director of the Cambridge Graphene Centre, said "Considering that in 2020, around 1 billion terabytes of fresh HDD storage was produced, these results indicate a route for mass application of graphene in cutting-edge technologies."

In Feb 2020, HEXUS reported upon Showa Denko's (SDK) next-gen super fine Fe-Pt magnetic alloy films, which had just reached readiness for commercialisation. SDK's film, combined with HAMR tech, was projected to boost densities up to as much as 6TB per square inch.

stoatwblr
the death throes of the HDD merket are interesting but SSDs are already rapidly surpassing them even in higher capacities. What other purposes can these surfaces be put to?

That and QLC has worrying performance and longevity characteristics. If you want a sata ssd with speed and longevity, you're looking at only 4TB for £640.

Sure you get speed and raw throughput with an SSD but SSDs still have a very long way to go to beat HDDs for large scale storage operations.
Posted by KultiVator - Mon 07 Jun 2021 16:37

stoatwblr
What other purposes can these surfaces be put to?

When the article focuses on COCS that are harder and better suited for use with lubricant for reduced friction, you may want to rethink your question!

stoatwblr
What other purposes can these surfaces be put to?

If I was thinking of building a media server, I'd use higher capacity HDDs instead of SSDs. Mainly because it's simply cheaper for the capacities involved. Graphene seems to be useful in many different areas, it certainly doesn't surprise me it copes well with heat.