"Adding QLC NAND support to the commercially successful E16, E12, and S12 series SSD controllers was a high priority request from our customers," said KS Pua, Chairman and CEO of Phison Electronics. "Phison not only listened, but we are proud to offer QLC NAND support with industry leading capacities and performance that provides our customers with key differentiating advantages". 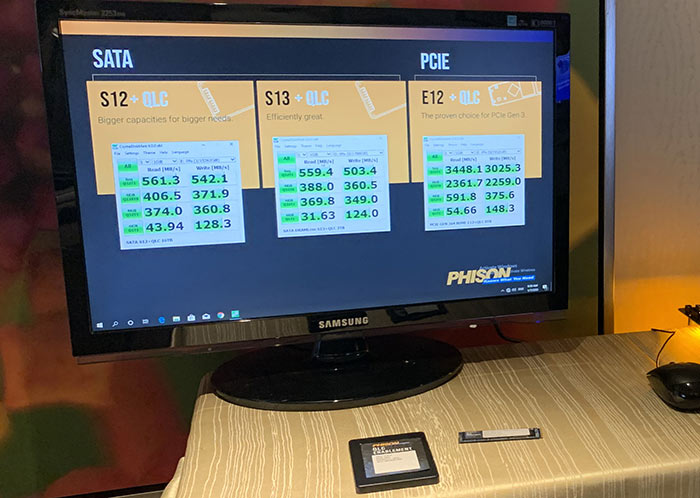 Probably most newsworthy is that Phison has refined the E12 and S12 controllers to allow storage device makers to pack in more (QLC) NAND chips within the industry standard form factors they use. The E12 series controller enables PCIe Gen 3x4 NVMe SSDs with a capacity of up to 8TB and speeds of 3.4GB/s sequential reads, 3.0 GB/s sequential writes with QLC NAND. In brief, it uses four Micron 96-layer QLC packages on each side of the M.2 gum stick. There is also an E12S controller which uses the PCIe 4.0 x4 interface. Meanwhile the S12 controller series 2.5-inch SSDs can be offered in capacitates up to 16TB using QLC NAND, and performance of 550MB/s sequential reads and 530MB/s sequential writes. 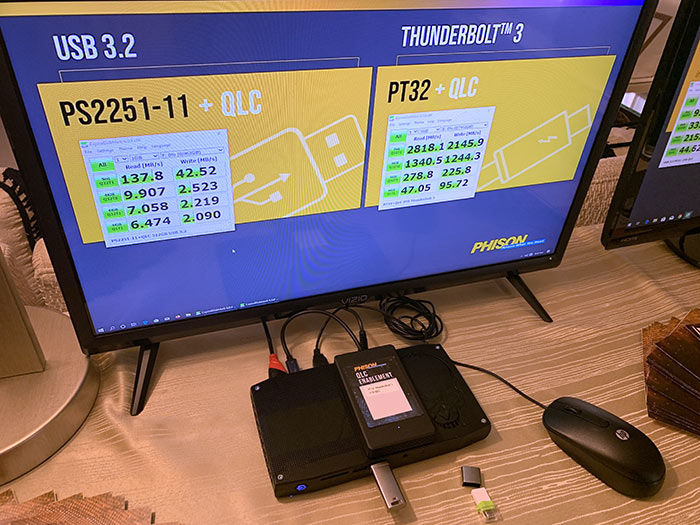 Phison, which doesn't actually manufacture finished drives for consumers, is also demonstrating its QLC enabled removable storage solutions for microSD, USB 3.2, and Thunderbolt 3TM at CES 2020, "showing impressive performance on all of the interfaces".

Ttaskmaster
I dread to think what they'd cost, though…!!

Ttaskmaster
I dread to think what they'd cost, though…!!