SK hynix has announced that it has begun sampling new enterprise SATA Solid State Drive (or 'eSSD') up to 4TB in capacity. To create such a high density device SK hynix has employed its own 72-Layer 512Gb (Gigabits) 3D NAND Flash chips.

With these new 3D NAND Flash chips ready, SK hynix combined them with in-house firmware and controller designs. In its press release concerning the developments the South Korean tech firm says that server and data centre clients in the United States have already started to sample the new eSSD. 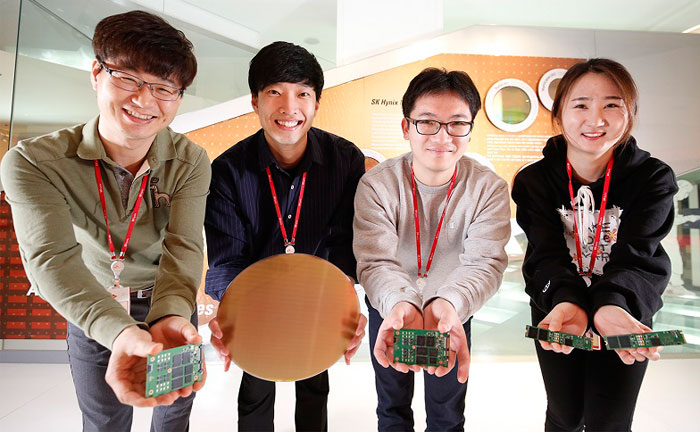 In house testing revealed that the eSSD is capable of sequential reads of up to 560MB/s and sequential write speeds of up to 515MB/s. In terms of IOPS it can perform 98,000 random read IOPS and 32,000 random write IOPS. SK hynix also claims it has “improved the read latency, which is of the utmost importance in eSSD performance”. 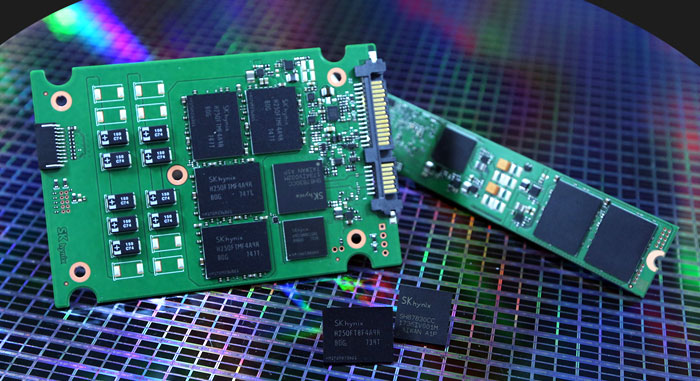 In addition to the enterprise SATA drives, SK hynix has finished developing enterprise PCIe (PCI Express) SSD based around this same 72-Layer 3D NAND. These will be available in capacities of 1TB. In house performance figures for these devices were published too; 2,700MB/s and 1,100MB/s of sequential read/write speed and random read/write performance of 230,000 IOPS and 35,000 IOPS were quoted. Despite the enterprise target markets, SK hynix hasn't as yet shared any durability data about the new SATA or PCIe SSDs using its new 72-Layer 3D NAND.

shaithis
Nice, now if only the prices would plummet….

This. When the floods hit years ago,the excuse was to hike prices of HDDs and this was due to the effects of the floods. However,even after a couple of years the price per GB had stagnated and warranties have gone down.
Posted by Mchotpoon - Tue 06 Feb 2018 12:42
Supply and demand, not enough supply and everyone wants an SSD. Unfortunately there are not enough players able with spare production capacity to justify cutting costs so no competition as they can sell everything they make.
Posted by CAT-THE-FIFTH - Tue 06 Feb 2018 12:51

Mchotpoon
Supply and demand, not enough supply and everyone wants an SSD. Unfortunately there are not enough players able with spare production capacity to justify cutting costs so no competition as they can sell everything they make.

Mchotpoon
Supply and demand, not enough supply and everyone wants an SSD. Unfortunately there are not enough players able with spare production capacity to justify cutting costs so no competition as they can sell everything they make.

True but still stand by what I said if there was more supply\competition they couldn't price the product high. There is not excess supply as fabs wouldn't be running at capacity or excess inventory would be slushing around. Unfortunately they can charge what they like if no one has wafers of nand laying about to sell cheaper that's how the market works. China toys probably coming out the pram because of the volume of nand being produced over seas if it was on the mainland and they would rake in the $ probably wouldn't hear a peep. But it's Samsung, micron, hynix, intel and tosh making all the bucks from nand door course they will cry about it.