According to a new report, Microsoft is likely to integrate its Cortana virtual assistant into the next major version of Windows OS, 'Threshold'. The development of the personal assistant for Windows is said to have moved from testing to an integration phase.

Rumours are circulating that Microsoft has plans to incorporate its Cortana personal assistant into the Windows OS, just like it is in Windows Phone. However the latest report by Neowin suggests that Cortana, Microsoft's answer to Google Now and Apple's Siri, will appear initially in the form of an app, rather than as an integral part of the OS. Like the image on the left, not the right

Cortana will become available to desktop users along with the next Windows release and will exist in an 'IM style' window on the desktop. The AI assistant is said to maintain her circular-icon appearance as per Windows Phone, and she is expected to integrate more deeply into the computer OS further down the line. Microsoft's updates to Cortana, including this desktop version, are promised to be as frequent as twice a month which should help the features pile up and the bug quashed. Cortana currently exists on Windows Phone in several alpha and beta versions, depending upon where you reside/the language options you have chosen.

As on mobile Cortana should be able to take care of a good variety of everyday tasks such as reminders, weather and travel and other information, searches of your device and the internet etc - interpreting natural language queries. With full productivity and office suites being much more powerful on Windows desktop PCs the assistant should be even more capable when developed to take advantage of these capabilities.

As a reminder, other new features likely to be included in Threshold consist of a new Start Menu with smart tiles, the ability to run Modern UI apps on the desktop, the removal of the Charms bar, and the addition of virtual desktop capabilities.

Not entirely sure how I feel about this: I guess it's an option for those who'll find it useful. Hopefully MS will allow it to integrate with third party services like Google: one of my most common tasks on my computer is opening a new tab in Chrome and typing a query into the address bar - if I could just ask Cortana a question and have “her” search Google for me that'd be kind of useful….
Posted by crossy - Tue 12 Aug 2014 14:59

Like the image on the left, not the right

Shame - be nice to have something that didn't look like a Hal9000 homage.

Cortana will become available to desktop users along with the next Windows release and will exist in an ‘IM style’ window on the desktop. 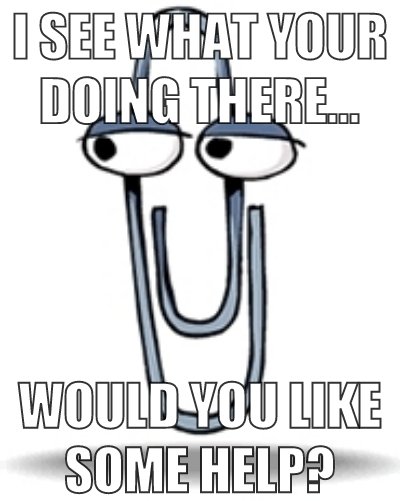 wasabi
Voice based searchy / assistanty things are useful on phones as they save typing. On a desktop - no.

I dunno actually, depends how quickly it can be called up. If I'm reading a web page and it makes me think of something I want to look up, a voice-based search assistant would let me do that while continuing to read the article, instead of interrupting my reading of the article. Sometimes you can do it by highlighting something in the article, right click, search, but if the phrase you're after isn't there you have to open a new tab then type your query in, which takes time and distracts you from the reading at hand… It's an occasioanl use-acse rather than a frequent one, but I'd be interested to try it…