Microsoft has released the first ISO images for Windows 11. The particular release now available in this delivery format is Windows 11 build 22000.132. However, you have further choices in a drop-down menu full of ISO downloads to choose; developer or beta channel release, enterprise versions of the OS, and Chinese language versions of the OS. 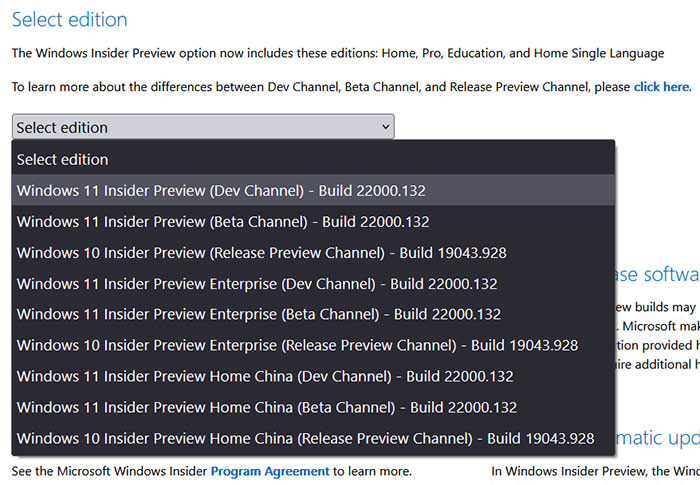 Before these ISOs were released, Windows Insiders would have had to upgrade from a previous Windows 10 install, or download the ISO images for Windows 10 build 21354 and upgrade from there. Thus, the availability of Windows 11 ISO images will be welcomed by many testers. Please note that Windows 11 build 22000.132 isn't the latest and greatest as of Thursday, when Microsoft announced build 22000.160. I'm not sure how often Microsoft will be updating its ISO downloads, though. 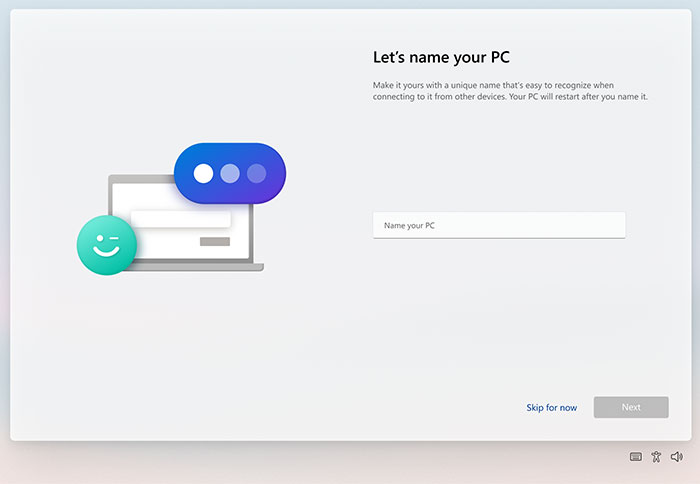 Microsoft is encouraging insiders to now do clean installs from the ISOs, which will minimise inherited software problems and allow users to properly test the new out-of-the-box experience (OOBE).

As we are edging nearer to release, Microsoft has started releasing Windows 11 builds to both dev and beta channels simultaneously. The firm is now highly focussed on getting the OS ready for official final release (expected on new machines from October), and that seems to be why the latest weekly builds don't add features, but are mainly about ironing out wrinkles.

Starting March 2022, Microsoft will implement global price increases covering most of its commercial Office 365 and Microsoft 365 subscriptions. ZDNet says that home and education users need not be concerned about price rises at this time. 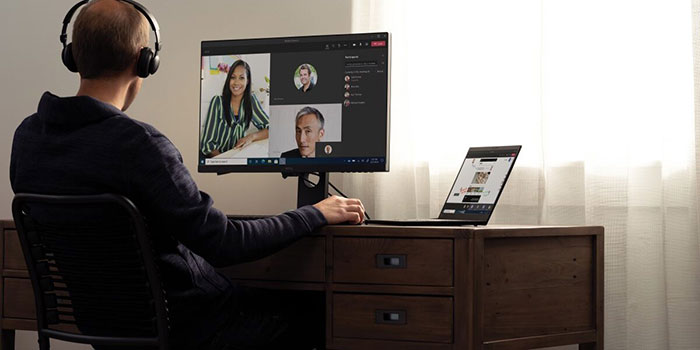 Yes, price increases are never welcome, but Microsoft highlights that it has, since the introduction of Microsoft 365 four years ago, added 24 new apps to its Office 365/Microsoft 365 suites (many at no additional cost), providing a greater value service. Moreover, Office 365 subscribers now have access to >1,400 new features compared to a decade ago.

Microsoft might further soften the blow from the price hikes with the news that it plans to add unlimited dial-in capabilities for Teams (conferencing) meetings across its paid enterprise, business, frontline worker and government suites over the coming months.

I never have and never will like the idea of subscription software for long term use, a quick ‘one month’ use it's fine for but I'd prefer to own my software outright.

Also that list of ‘24 apps’ is kind of a bit misleading, visio for example is just a viewer unless you pay more (up to £11.30 a month). Many of the other apps are existing free apps they've just bundled in the package, some even overlap ‘jobs’.
Posted by philehidiot - Fri 20 Aug 2021 12:01
These “extra apps” are bloat for the vast majority of people. They aren't a value add, they get in the way. I use Word, Excel, Publisher and Powerpoint and that's it. The rest just get in my way.

Unfortunately, for me and my wife, time is money. I need to guarantee compatibility with other systems without faffing around. I'm well aware that MS have made compatibility issues with OpenOffice, etc without those issues needing to exist but the source of the issues isn't relevant. Pragmatically I can't spend ages on a presentation and find it just doesn't work properly when I plug it into someone else's AV system and the same goes for spreadsheets - they just HAVE to work how I designed them. Anything else risks data integrity issues.

Most of the issues I've faced are aesthetic, but enough to mean I can't risk using anything other than what everyone else is using. It's VERY annoying, especially as I know full well it's done intentionally to have the exact effect it is having.

EDIT - the other, practical, consideration is that finding out how to do something with Office software is far quicker and easier as there are numerous sources and well written guides. Whilst this isn't so much an issue for official documentation, it does limit finding more creative ways of doing things or shortcuts to doing them. That being said, open source software means people who find real annoyances with the software can either submit a request for a feature change or just code the thing if they're able.
Posted by sinhaomar - Fri 20 Aug 2021 14:31
Open source all we need!
Posted by Skorne - Fri 20 Aug 2021 14:39
I'm increasingly having to rely on 3rd party software to restore features MS is removing with every new version of Windows. This direction they are going of add one feature remove 3 features is eventually going to force people to move to other operating systems surely.

I'm not a big fan of Linux but I'd be using it right now if it wasn't for games and a few other critical apps that have no Linux equivalent. Guess I'm stuck on 10 til they end support.