On Thursday, Microsoft released the latest update for Windows 11. Insider Preview build 22000.132 was delivered to both the developer and beta channels, so if you are in either of those, you get to play with the latest version of this OS publicly available. This isn't all that is of interest to users at the bleeding edge though, as in a separate dedicated blog post, there is news of new and updated standard Windows 11 apps that are now rolling out to Windows Insiders. 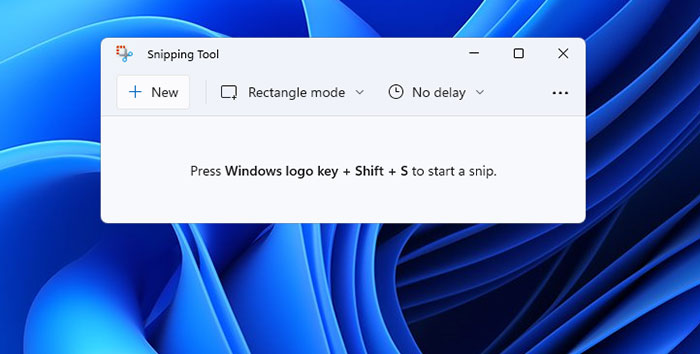 The classic Snipping Tool, and Snip & Sketch apps, are being retired with the advent of Windows 11. In their place Microsoft intends to bundle the new Sniping Tool app that "represents the best experiences of both apps in the next evolution of screen capture for Windows". 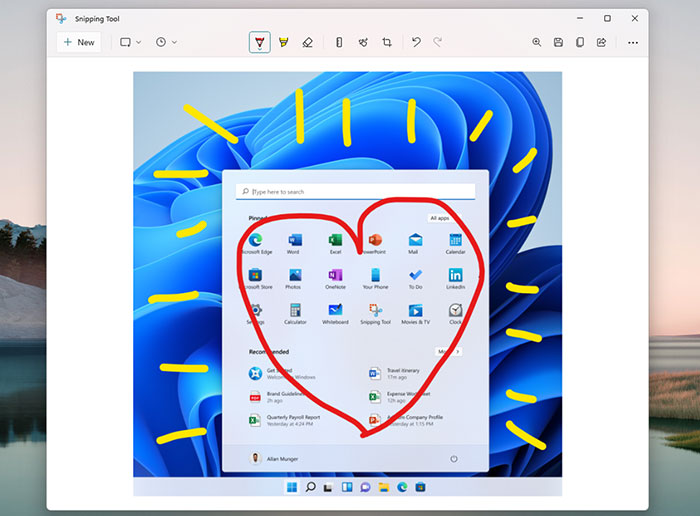 With the new tool, the standard WIN + SHIFT + S keyboard shortcut "will bring up the snipping menu with options to choose from including Rectangular Snip, Freeform Snip, Windows Snip, and Fullscreen Snip," explains Microsoft. Once this step is done, there are intuitive editing tools available for annotations, refined cropping options, and more to get the result you want. Lastly, the new app is Windows Theme compliant, so if you are using dark mode, this tool will work in dark mode – but it is possible to change the theme independently in the new Snipping Tool settings page in Windows.

The latest Calculator app is talked up in the blog, but nearly all the features I see listed (programmer mode, graphing, conversions) are already present in the Windows 10 version I have before me. Microsoft says the new one is fully theme compliant, and reminds developers and tinkerers that the Calculator has been rewritten in C# so that more people can contribute to it on GitHub. 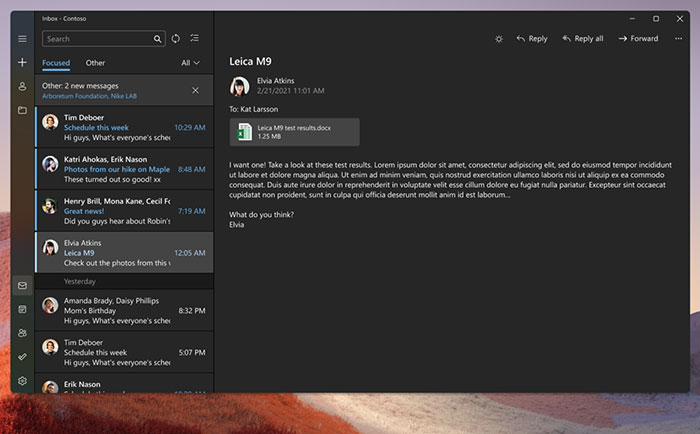 Microsoft says it has adjusted the Mail & Calendar app with a new Windows 11 visual style, including rounded corners, for example. Again, this app is fully themeable, and dark/light mode compliant (see screenshots above/below). 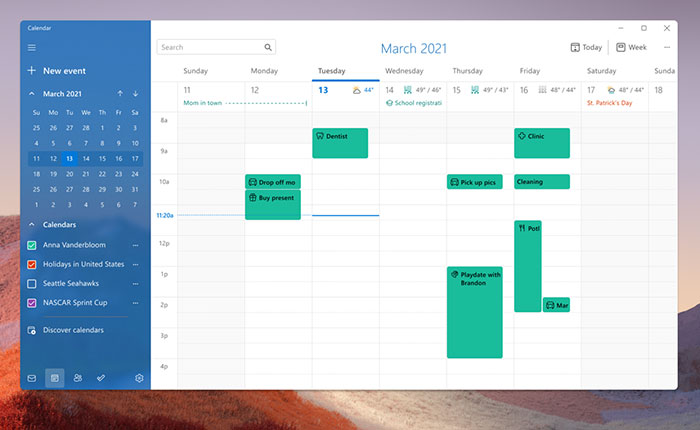 Looking at the other changes and improvements in Windows 11, there is just one that Microsoft highlights in its build 22000.132 announcement blog post; Chat from Microsoft Teams is now available for Windows Insiders in the beta channel. Other than that, there was a decent list of fixes published, but there remains a much longer list of known issues.

Don't give them ideas!

CAT-THE-FIFTH
Don't give them ideas!

That throws a new meaning on a Trusted Platform Module.
Posted by Saracen999 - Fri 13 Aug 2021 11:04
I still see nothing in the apps of any interest to me. The existing snipping tool does all I need on the rare occasions that I use it, as does the calculator. Calendars, mail etc? Don't use them and for my needs, I see no reason to (and some reasons for me to not use them) so it makes no difference to me if they've changed.
Posted by Tabbykatze - Fri 13 Aug 2021 11:04

CAT-THE-FIFTH
Don't give them ideas!

Dead or Alive you're getting you're 5G upgrade!