Microsoft introduced the 'potentially unwanted app' (PUA) blocking setting in Windows security with the introduction of the Windows 10 May 2020 update. Starting this month, the security feature, enforced by Microsoft Defender and Microsoft Edge, will be turned on by default. A support bulletin published by Microsoft earlier this week, spotted by Bleeping Computer, discusses the change, framing it as a move to increase security and system reliability. 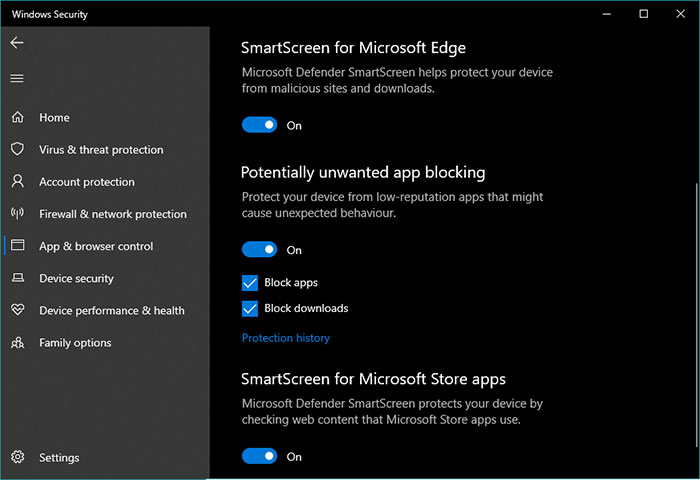 Above you can see the dialogue box which will have its defaults changed. You can find this dialogue now by opening up Windows Security, clicking on App and browser control on the left, and then clicking on Reputation-based protection. I noticed my settings were already toggled on, but don't remember visiting this part of the control panel previously. However, the Microsoft support bulletin indicates that the change would be instigated by them "in early August" and I did OK some Windows updates yesterday.

Microsoft wants to make it clear that PUAs aren't malware but that they "can cause your device to run slowly, display unexpected ads, or at worst, install other software which may be more harmful or annoying". Bleeping Computer indicates that PUA categories include; advertising, torrent, cryptomining, bundling, marketing, and evasion software - as well as software with a "poor industry reputation".

HEXUS reported on Windows 365 becoming available to business and enterprise customers at the start of the week. For the different configurations of vCPU/RAM/storage you could pick, pricing varied widely – from US$20 to 162 per month. However, some 'signature configurations' - namely the Basic, Standard, and Premium plans - offered a free, two-month trial period. 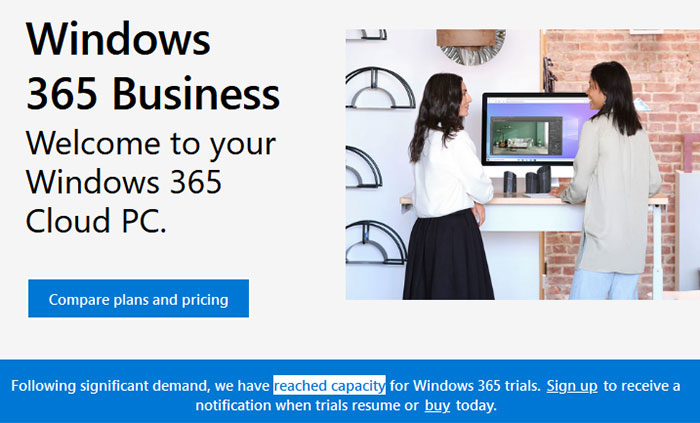 If you visit the various Windows 365 pages now, you won't be offered a free trial period. Apparently, after just a single day of the offer being available, Microsoft has no more room at the inn. "Following significant demand, we have reached capacity for Windows 365 trials," writes Microsoft under the header image of its Windows 365 Business product page "Sign up to receive a notification when trials resume or buy today".

Posted by LSG501 - Thu 05 Aug 2021 13:37
Defaulted to on is basically one step closer to ‘forcing’ the use of the MS store for all applications installed on windows…

I wouldn't mind so much if it had a pop up asking for OUR choice but this lack of choice is a bit too controlling for my tastes, especially because it can still do false positives.
Posted by 3dcandy - Thu 05 Aug 2021 13:40

I wouldn't mind so much if it had a pop up asking for OUR choice but this lack of choice is a bit too controlling for my tastes, especially because it can still do false positives.

Just go in and turn it off then? It's not hard
Posted by QuorTek - Thu 05 Aug 2021 13:40
Some of these programs is developed by communities and has a use, if it end getting forced, people would get hacked versions of windows 11-12-13 and hacked updates to as well.

And then Optical drives and more may have a use again, in ways of having to bypass stuff.
Posted by kalniel - Thu 05 Aug 2021 13:46
This is much needed IMHO, and it's not as restrictive as saying all your applications have to come from a single store, plus there's the toggle.

Many many hours of fixing up friends and relatives PCs would have been saved if we'd had this years ago!
Posted by bridges009 - Thu 05 Aug 2021 13:54
Microsoft are the only ‘security’ company that think qBittorrent is malware, funny that.