Microsoft has released Windows 11 Insider Preview to the Beta channel. Build 22000.100 is now available to those Windows Insiders who prefer not to dabble in the risks involved with the Dev channel. If Build 22000.100 looks familiar to you, it might be because a version of it was released to the Dev channel a week previously. No new Dev channel Windows 11 Insider Preview Build has come this week.

I didn't cover the changes and improvements that Microsoft delivered to Build 22000.100 last week, so it is worth covering now that a "more stabilized build" has been made available – the first Beta channel release of Windows 11. Updates seem quite minor, hence the lack of coverage last week, so I've summed them up in bullet points below:

In addition to the above, Build 22000.100 contains a lengthy list of fixes, including some for Explorer crashes. Known issues remain plentiful, too. Check out the link atop of this article for more on these finer points. 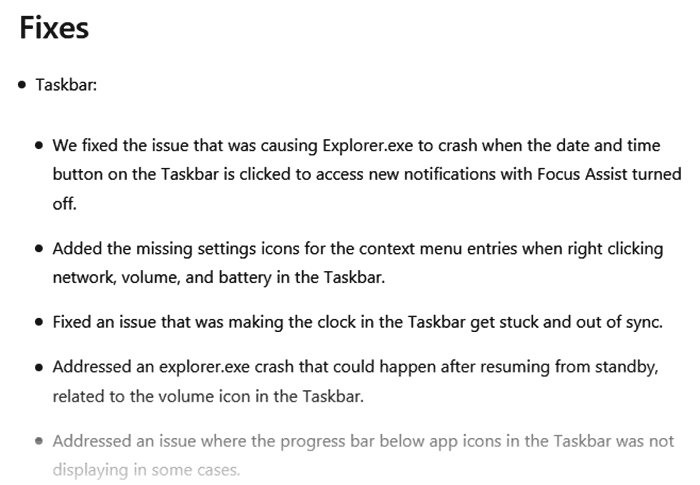 So, what if you are a Windows 11 Insider Preview tester in the Dev channel, and now that the Beta channel has a 'stabilized' version of the OS you feel like changing over? Microsoft says it is easy to switch without a clean install or any other such strenuous change – all it needs is "a quick click in the Windows Update -> Windows Insider settings". 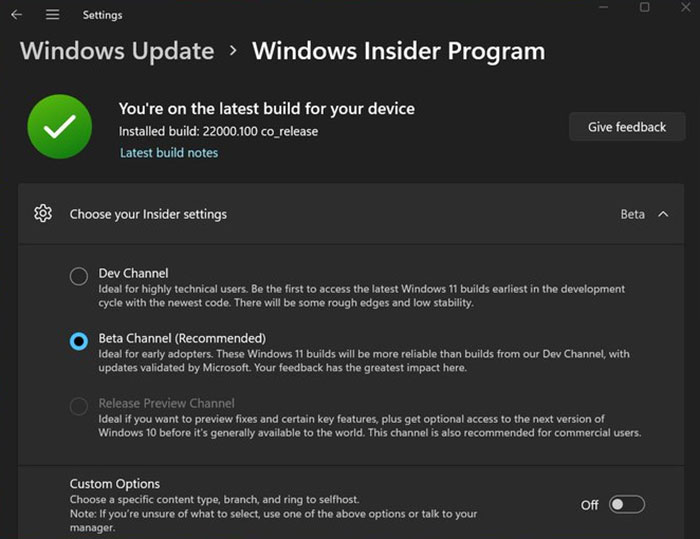