On Thursday, Microsoft delivered the first update to its Windows 11 Insider build to users in the dev channel. Windows 11 preview build 22000.65 can be seen mostly as a version which applies lots of fixes to build 22000.51, which debuted on 28th June – but it includes some new features too – which some of you will appreciate.

The new features are the most interesting part of this release, so let us look at them first. A highly visible change comes to the Start Menu, and it brings a search box to this UI staple, to quickly and easily narrow down the apps/docs you might be looking to work in/on (see image below). Another significant UI update comes with the option to enable the taskbar across multiple monitors – this is a simple Personalization > Taskbar settings toggle. 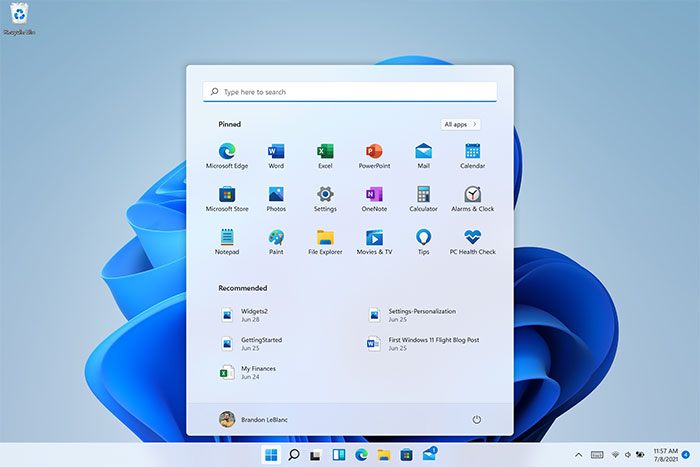 Some right click behaviours have been optimized by Microsoft. For example, a refresh desktop option has been moved to the first level menu (rather than flyout submenu), a Run with PowerShell option for appropriate files has similarly been moved to the first level of the right click menu flyout, and right-clicking the volume icon in the tray now includes a troubleshooting option. 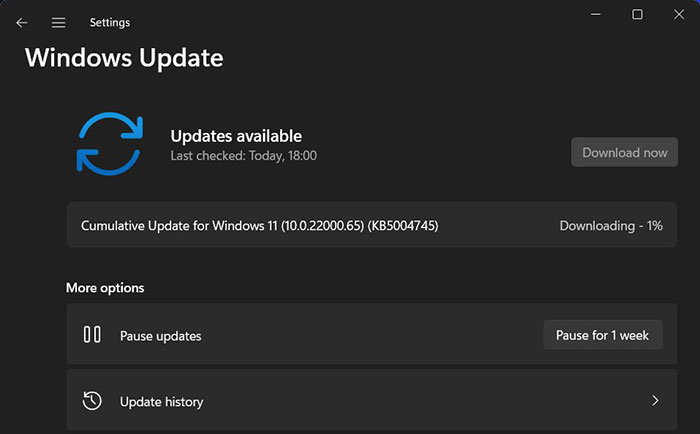 Other small tweaks include optimizations of Snap Layouts offered to those using small PCs in portrait mode, and Power Mode settings are rightly to be found in the Power & battery page in Settings.

Your Windows PC will probably have received and applied the patch for the 'Print Nightmare' remote code exploit in the Windows Print Spooler service. That fix is also applied in this Windows 11 build. Meanwhile, fixes arrive for a multitude of wrinkles in the Windows 11 Taskbar, File Explorer, Search, Widgets, Settings, and other aspects of the OS. For a full rundown of what has been fixed, have a look at the Windows Blog – where you will also see oodles of known issues still remaining.

If you are not in the dev channel, you are in another testing ring, I'm not sure about when your Windows 11 build will get updated. Windows 11 is expected to be prime-time ready by October this year, with a launch on new PCs, followed by a rollout of updates to existing PCs from early 2022.

Rubarb
That start menu is as much use as an ash tray on a motorbike, half of it is just sujestions :)

You can't even remove the space if you disable ‘recommendations’ from what I've seen (not testing it, need my pc for work), with there being just an empty space underneath ‘recommended text’ and you're still stuck with the ‘scrolling’ app draw… total waste of space and incredibly poor UX imo.

It really does seems like they've forgotten about desktops having more space than a mobile phones, or they're hoping they can ‘remove the option’ and leave it there for ‘suggestions’ (no better than adverts imo).