Microsoft has announced a timeline for the retirement of Internet Explorer 11. As the aged desktop browser ends its time on this earth, Microsoft wishes that those still clinging to it transition to Edge, as it asserts that "the future of Internet Explorer on Windows 10 is in Microsoft Edge". Remember that the new Chromium-based Edge browser includes a built-in Internet Explorer mode ('IE mode') useful for certain fussy and legacy websites / apps.

Above you can see the IE11 retirement timeline, as shared on Microsoft's blog. You now have about three months before the likes of Microsoft 365 and other apps end support for the web browser. Between now and 15th June 2022 would be a good time to phase out your IE11 application use entirely – before the plug is pulled in its entirety. 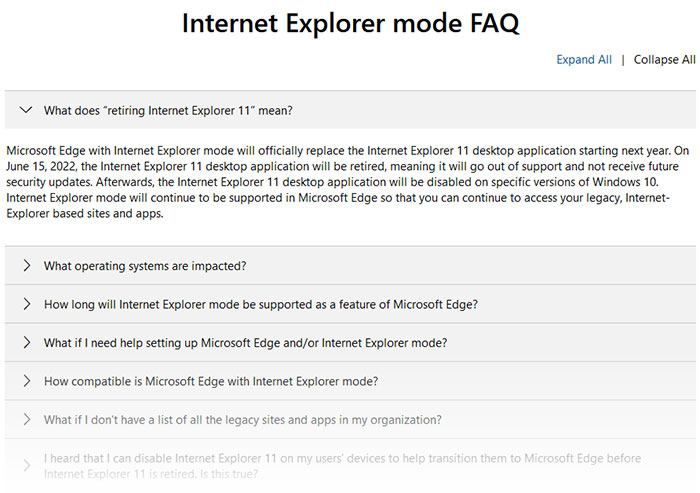 Microsoft puts forward three major reasons to make the full transition to Edge with its IE mode. It asserts that Edge delivers improved compatibility thanks to its dual-engine Edge/IE Mode experience. Streamlined productivity is also promised – again due to the dual-mode feature and tech like sleeping tabs, vertical tabs, and Microsoft's Collections feature. Lastly, Microsoft trumpets its "highest-rated protection against both phishing attacks and malware". Microsoft says that it can apply security patches for immediate vulnerabilities in Edge within days, if not hours.