Parallels has launched the latest version of its Windows 10 supporting virtual machine software for Macs. What is most newsworthy about the "highly anticipated" Parallels Desktop 16.5 for Mac, is that it features full native support for Mac computers equipped with either Apple M1 or Intel processors. So, now you can run this application on any modern Mac, and on M1 powered computers you will be able to experience Windows 10 Arm Insider Preview and its applications. Parallels writes about the new release on its news blog and includes some pretty big claims for the virtualization software's performance. 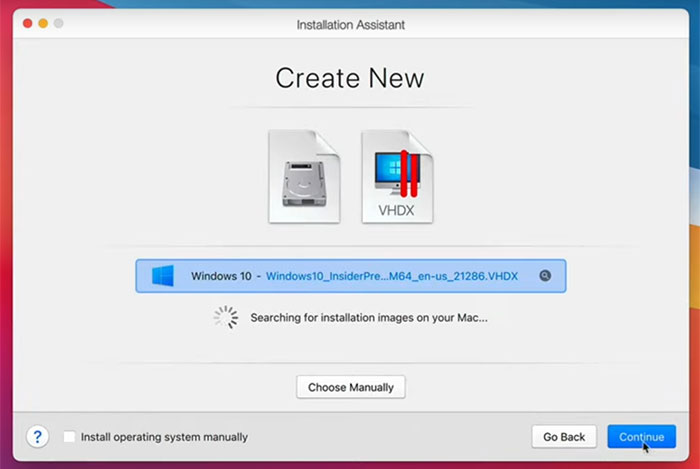 Developing Parallels for M1 Macs has been a significant software engineering task, as it isn't like a typical application that can sit nonchalantly on top of Apple's OS/Rosetta technology. "Apple's M1 chip is a significant breakthrough for Mac users," said Nick Dobrovolskiy, Parallels Senior Vice President of Engineering and Support. "The transition has been smooth for most Mac applications, thanks to Rosetta technology. However, virtual machines are an exception and thus Parallels engineers implemented native virtualization support for the Mac with M1 chip. This enables our users to enjoy the best Windows-on-Mac experience available." 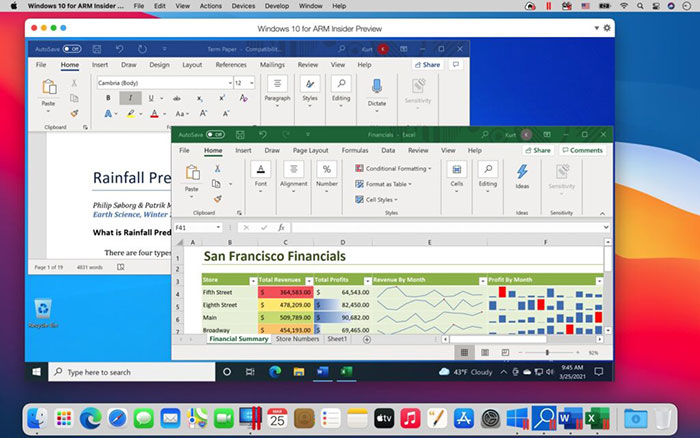 Compatibility sounds good, but the performance is perhaps even more impressive. Some performance highlights of Parallels Desktop 16.5 on an M1 Mac are as follows:

Parallels Desktop 16.5 for Mac pricing starts at US$79.99 per annum, but perpetual licences are available for $99.99.

'[GSV
Trig;4290064']Does make you wonder what Microsoft has been doing with their ARM based Surface Pro X range when you can emulate the entire thing on a Mac and it runs faster than it does natively…

I can't vouch for it but in another thread about the m1 performance 3dcandy said about the m1 having dedicated space on the chip to accelerate x86 etc… if the qualcomm offerings don't (they don't) then that will cause a considerable performance hit in comparison and might also be why MS have been rumoured to be ‘making their own’ arm cpu.

Essentially Apple designed their arm cpu from the ground up to perform well in x86/x64 emulation on a laptop/desktop, qualcomm just ‘upscaled’ a mobile cpu and put it in a laptop.
Posted by azrael- - Fri 16 Apr 2021 06:10
Must admit I'm a bit confused. From what I read Parallels Desktop is merely virtualising Windows 10 on ARM on an M1-based Mac, but what use is that? Windows 10 on ARM (as the name suggests) only runs ARM-based Windows applications natively, of which there are very few (there isn't even a native ARM-version of Office). Everything else is emulated, and, as I understand, not very well.

I could understand it, if Parallels Desktop would virtualise a native x86/x64 Windows better than Apple's latest Rosetta incarnation, but seemingly that's not the point. Instead bold claims are made on the basis of a practically useless OS.

azrael-
What am I missing? What don't I get?

I presume the x86 emulation built into Windows will be able to diverty Windows calls into the ARM native windows calls and pick up some speed there, vs a simple emulation of x86 Windows where the entire stack will have to run in emulation. So perhaps the Windows x86 layer actually isn't that bad, it is just that this is the first time we have seen it on a decently fast platform.

As for Office, I thought they were something like a .net assembly and have been for years, so they aren't native on amd64 either.