Microsoft has released Windows 10 Insider Preview Build 21343 to Insiders in the Dev channel. The changes present in this OS update aren't earth-shattering but are quite interesting. The change that has grabbed our headline is a worthwhile upgrade to the tech behind the useful Windows Sandbox and Microsoft Defender Application Guard (MDAG). Meanwhile, there have been an eye catching visual overhaul which as a Windows users you will see every day – such as new icons for folders like Documents, Pictures, disks, and even, yes, the Recycle Bin.

Microsoft says that previously the container runtime for Windows Sandbox and MDAG matched the host. From Windows 10 Insider Preview Build 21343 a new runtime is being introduced that has been designed and optimized for container scenarios, according to Microsoft. The upshot of this software container redesign is that both Windows Sandbox and Microsoft Defender Application Guard are now less resource hungry and benefit from faster launch times.

Importantly the Sandbox and MDAG changes, while a significant change, won't affect the application compatibility, asserts Microsoft. One other important tweak is that Microsoft has included the new Chromium based Microsoft Edge browser in the Sandbox mode. 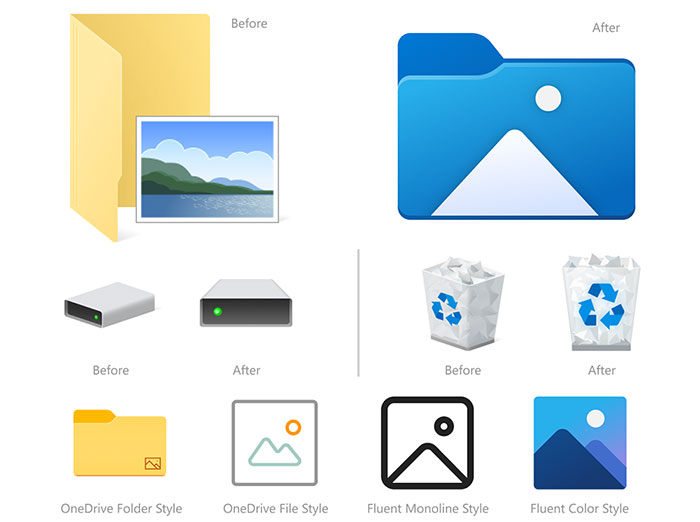 Microsoft has been updating icons of its built-in apps for some time, alongside any app updates. In this way we already have refreshed icons for staples like Notepad, Windows Security, and Narrator already. In Build 21343 Microsoft is making the next step by updating "many of the system icons used throughout File Explorer". Example screens above and below show the extent of these changes to some degree. 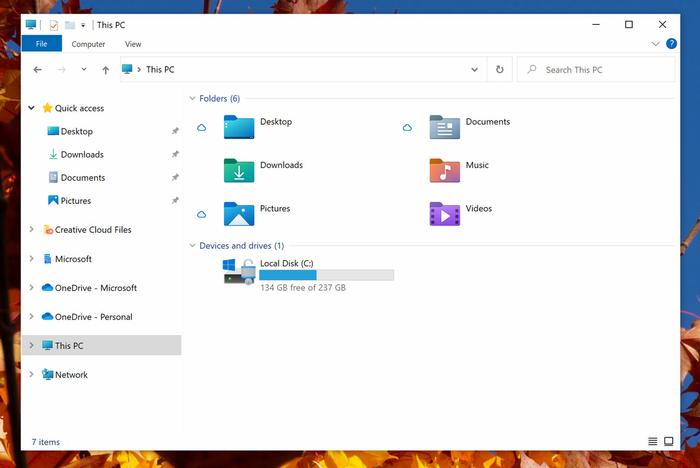 Hopefully you like the further application of Microsoft's Fluid design language as it changes the default appearance of staple icons significantly. However, even if you aren't that keen at least you might appreciate the greater consistency that is appearing across Microsoft OS and products.

A number of other changes, improvements and fixes have been applied in this update. A known issue in this build that I feel I must point out though is where "certain games may crash, will not sync save data when a game is played on a different device, or will not save when a new game is installed". If you want to know more about this build please hit the top link to the Windows blog.

Corky34
Why fix some of the glaring issue with Windows when you can design new icons.

King Mustard;4288528
Yes, because there is only one team of one person working on all aspects of Windows…

Seeing how some of these glaring issues have never been addressed and daft icon redesigns that (afaik) nobody asked for are taking priority I'm not sure it has much to do with how many people are working on Windows.
Posted by LSG501 - Thu 25 Mar 2021 18:26
From a ‘usability’ standpoint those new icons are going to suck if they don't have the little previews we have now (they don't currently).

The people doing the icons will not be the same people fixing ‘glaring issues’ (not even sure what they are these days), it's a different skill set. Honestly the only ‘glaring issue’ that I can think of, for the normal user, is the lack of consistency within windows, something this is part of fixing… the ‘privacy’ stuff that we aren't fond of doesn't bother 99% of users, just look at how willing they are with facebook/google etc.

Personally I'd like to see built in thumbnail generation for major file formats (pdf etc) instead of needing external programs etc so I'm hoping something like this happens.
Posted by Rubarb - Thu 25 Mar 2021 18:48
OMG where they drunk when they made these?