A nasty little bug managed to wriggle inside the raft of fixes supplied by Microsoft in some recent Patch Tuesday downloads. The bug was quite serious as it could mean that users experienced BSODs and disk corruption issues and that devices would no longer be able to boot. Microsoft has acknowledged the problem, and has now started to roll out fixes, as well as explaining mitigation steps to those who have already fallen foul to the bug.

Microsoft Windows 10 versions 2004 and 2H2 received updates KB4592438 and KB4586853 in recent weeks and it is within these updates the bug under the spotlight was introduced. How did the bug manifest itself to users? Bleeping Computer says that after users on affected systems used the chkdsk tool to repair logical file system errors the disk could become corrupt and cause BSODs and/or boot issues. "A small number of devices that have installed this update have reported that when running chkdsk /f, their file system might get damaged and the device might not boot," is the official explanation from Microsoft. 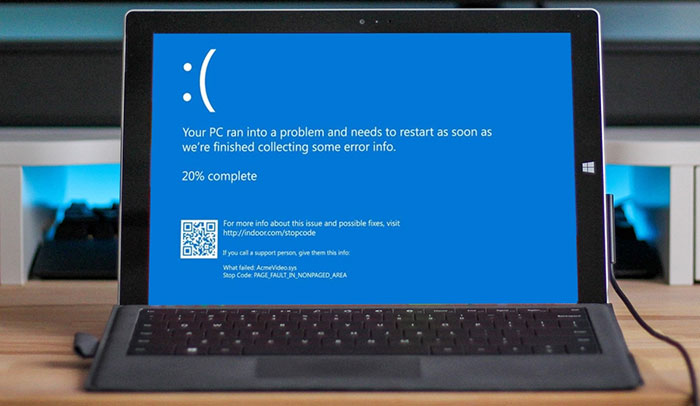 If you have been affected by the chkdsk issue already the following steps form a workaround to get you out of the pickle:

Others currently not affected by the chkdsk bug can leave the tool alone for now and the update rolling out should ensure you don't suffer the problems outlined above.

Posted by Scryder - Tue 22 Dec 2020 14:46
I really hope this was not part of what Win 10 automatically downloads! I know it now downloads updates automatically but have no idea what it's downloading (only aware it's happening when it says restart and install updates). I miss the days when we could pick and choose what updates to download.
Posted by ik9000 - Tue 22 Dec 2020 16:16
we all do Scryder. But MS know that we'd all block their telemetry spyware if they gave us the chance again like with win7 so they now tell us how we should run our machines. It's this “windows as a service” BS they're moving towards.

It's actually google's fault though for pushing this route with the android OS and chromebook. The world lapped it up and never complained and other companies looked on and went “oh so that's how we can do it”
Posted by philehidiot - Tue 22 Dec 2020 18:32
Tried doing it on my Windows 10 machine.

Disappointed.
Posted by chj - Tue 22 Dec 2020 19:09
Products as a service seems to be the business model for a lot of industries nowadays unfortunately. I wasn't a fan when Adobe moved to their cloud subscription service for their programs. Same with music, I'd rather the files to be local rather than use Spotify.
Posted by excalibur1814 - Wed 23 Dec 2020 12:49

ik9000
It's this “windows as a service” BS they're moving towards.

Blah, blah. We own Windows 10 (Well, kind of, but not really) so maybe it's time to drop this. Until it happens, it's not happening.

P.s. The Enterprise has purchased Windows select agreements (or whatever they're called now) for years.