Back in 2015 HEXUS reported on Microsoft's Project Astoria being delayed. Project Astoria was designed to allow developers to repurpose Android code to make Windows apps for phones, hoping to bridge the apps-gap ahead of Windows 10 mobile release. That was way back when Windows Phones still roamed the earth. Obviously Project Astoria didn't ride along to save the mobile platform.

Now some news of a similar but different development is emerging. Windows Central reports that Microsoft 'Project Latte' aims to bring Android apps to Windows 10 "with little to no code changes". 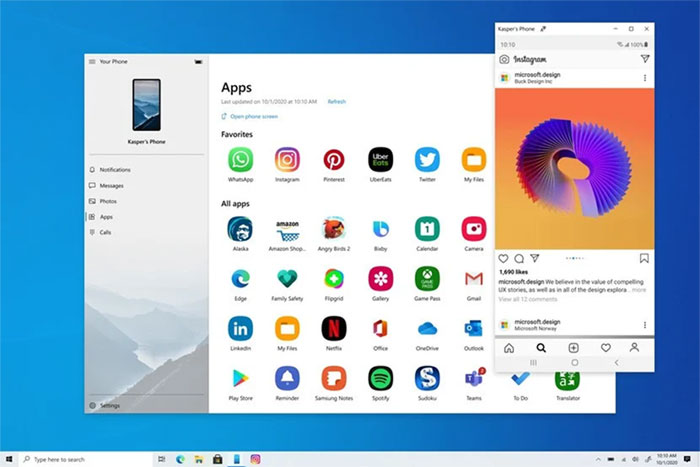 Your Phone in action

According to certain people in the know, Project Latte will package Android apps in the MSIX format and they are likely to be powered by the Windows Subsystem for Linux (WSL). Some further qualifications are needed; WSL is said to soon be getting support for GUI Linux applications plus GPU acceleration, plus Microsoft needs to provide an Android subsystem for Android apps to actually run. Furthermore, Windows Central notes that Google is unlikely to allow support for Play Services through these apps on Windows, so apps might need modifying to remove such references before being submitted for Windows 10.

Windows 10 users already have a number of ways to use Android apps on their big screens but they require connecting to the smartphone a user already has. For example there is the Your Phone app that Microsoft seems to be developing very earnestly, as well as other related connected screen apps from the likes of Dell, HP and Samsung.

If Microsoft Project Latte isn't cancelled it is expected to debut in autumn 2021.