Windows 10 launched to the public way back in July 2015. After managing to merge the starkly different worlds of Windows 7 and Windows 8 quite agreeably, its interface has stayed largely the same over the last half decade.

The Windows Devices and Experiences team, lead by Chief Product Officer Panos Panay, took control of the future of Windows back in February. This change quickly resulted in a plan for "reinvigorating," and modernising the Windows desktop experience. "Panos Panay wants people to go from needing Windows to loving Windows, and a modern refreshed interface that's intuitive and design-driven is a great start," writes Windows Central's Zac Bowden.

Insiders have already started to whisper about significant changes coming to Windows 10's UI thanks to the above mentioned management change. Windows Central says that insiders are now talking about a change to the Windows 10 UI experience codenamed 'Sun Valley'. 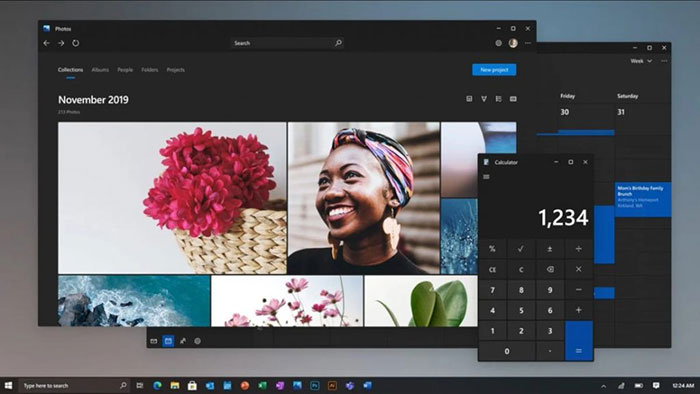 Core parts of the Windows 10 UI such as the Start menu, Action Centre, and even File Explorer may be significantly changed in Sun Valley. The insiders indicate that it might be taking some ideas from Windows 10X, mixed with an evolution of the Fluid design language we have seen pushed forward in recent months. Furthermore, users will benefit from a more modern Taskbar without the legacy code, a revamped File Explorer, greater fluidity overall, and deeper dark mode support.

Importantly, it is asserted that Sun Valley will still be familiar to PC users, not like the change from Windows 7 to 8. Furthermore, some new features that arrive will be able to be toggled between new and old experiences.

It is thought that Sun Valley could be delivered as part of the Windows 10 'Cobalt' release next Autumn.

spacein_vader
That's good. Users are famously enthusiastic about changes to the Start menu.

“Panos Panay wants people to go from needing Windows to loving Windows, and a modern refreshed interface that's intuitive and design-driven is a great start,”

That's simple. Give USERS the option to turn the “refreshed stuff” off if they don't like it. And, to easily turn off tiles and the interactive guff, and to turn my preferred option off the old W7 structured Start menu back on so I can work the way I want to.

MS, you will get a LOT less backlash over UI changes if you give users the option, without the UI equivalent of telling Arthur Dent where the HHGTTG planning department is, to decide for themselves if they want it. Or not.

You will even find that any reasonable person will give that “modern refreshed interface” a fair crack, if they know they can easily turn it off if they decide they don't like whatever your designers were smoking when they created it. But try to ram it down our throats and we resent it, and you.

If the above makes it sound like I'm still #&@!-ed off about the last major UI changes, that would be quite right. All I want is the choice, not having it rammed down my throat.

And before someone tells me, I know about Start8, Start10, “Classic” options, etc.

Kato-2
Might finally be time to switch to Linux Mint.

I made the move to Linux in, what, 1992? It is so nice to be outside these problems looking down on them :D

I will no doubt boot into Windows later this evening to use it as a games launcher. Can't get stressed about what they do to the Start menu when I have a Steam icon on the desktop and usually launch stuff from there!