Microsoft is currently hosting Build 2020. There have been a couple of big changes to how Windows 10 folds in Linux functionality / apps to make things better for developers. First of all GPU hardware acceleration is coming to the Windows Subsystem for Linux 2 (WSL2), and secondly Linux GUI applications are coming to WSL.

In a blog post on the Microsoft Developer site dubbed DirectX Heart Linux, Steve Pronovost, Partner Development Lead, provides quite a detailed overview of the new features. He starts by reminding readers about WSL, which currently only goes as far as enabling the use of console applications. Coming soon, Windows 10 and WSL users will be able to run Linux GUI apps and enjoy GPU acceleration - OpenGL, OpenCL, CUDA acceleration, and more. 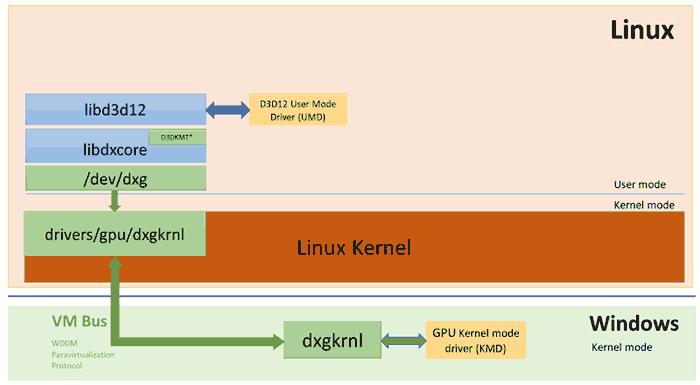 WSL2, which will make the changes possible and more, will start to roll out later this month. Then, GPU acceleration will start to appear for Windows 10 Insiders in the Fast Ring. Microsoft plans to reveal further information about Linux GUI app support later this year.

Microsoft has added a couple of new tools to the PowerToys suite which you can see in active development over at GitHub. These new tools are PowerToys Run and Keyboard Manager.

PowerToys Run is a quick launcher tool. The tool has been designed for power-users, with extended capabilities, "without sacrificing performance". Users can invoke this tool by pressing Alt+Space and then starting to type. PowerToys Run will then do your applications, folders, or files searches, search for running processes (previously WindowWalker), invoke Shell plugins, do calculations - and it provides clickable buttons with keyboard shortcuts.

Keyboard Manager facilitates user remapping of keys and shortcuts. For the remappings to be active, KBM must be enabled and PowerToys running in the background.

Posted by spacein_vader - Wed 20 May 2020 12:08
So the ability to run Linux GUI apps using Direct X, and thus those apps will only ever be able run on WSL?

globalwarning
I wish DirectX could run on regular linux… I'd even probably pay for it, lol.

spacein_vader
So the ability to run Linux GUI apps using Direct X, and thus those apps will only ever be able run on WSL?

I believe this is the “Extend” part of the process.

If Windows went the same way I don't think I'd be disappointed.