Microsoft's developers have been speeding along at an impressive rate of knots with their PowerToys additions, tweaks, and refinements. HEXUS reported upon the release of v0.16 at the beginning of the month, which introduced major features like the Markdown Preview pane extension, SVG Preview pane extension, Image Resizer Window Shell extension, and Window Walker (an alt-tab alternative) - as well as over 100 bug fixes. Already, Microsoft has followed up with the release of PowerToys v0.17 on GitHub.

Microsoft's main targets for the v0.17 release of PowerToys were to increase stability and improve upgradability. On the latter point, its developers have added in code for auto-updates of the utility suite. Of course, as this release has just become available you won't get to test the auto-update for a few weeks when v0.17X or v0.18 drops. Microsoft is carefully checking "how aggressive," users want to the auto-updates to be and at the present time have decided to make it that you need to click a button to let auto-updates go ahead rather than leave it to silently do its thing.

Greater stability comes from bug fixes in many of the utilities in this release. Some of the biggest changes in v0.17, many to do with the FancyZones window manager, are bullet pointed below: 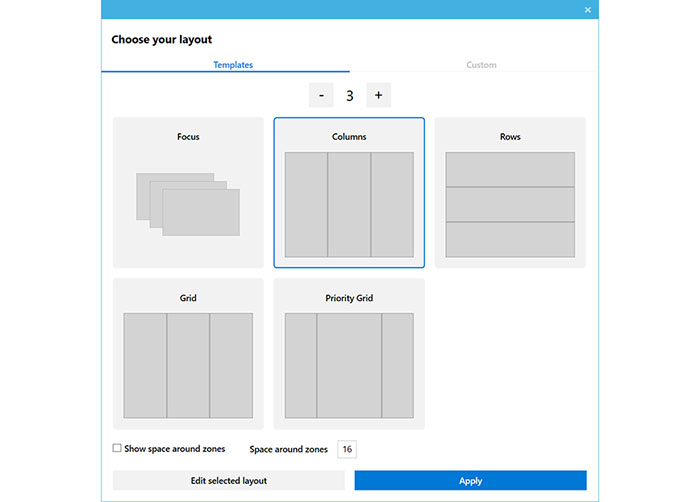 The Power Toys setup file weighs in at 8.39MB and is ready to download now direct from GitHub. To get an idea of what the 'finished' version of this utility collection will offer you can read over Microsoft's strategy for its v1.0 release here.

Fancy Zones has completely replaced display fusion for me. And it's free too…win win
Posted by ftahir192 - Sat 02 May 2020 20:40
Didn't know about this update, thanks!
Posted by Xlucine - Mon 25 May 2020 16:17
I've started using fancyzones, and it's great - I had no idea it could be this easy to get windows to snap to the top or bottom half of my portrait monitor