You are here:
Software Monitors News

A virtual workspace extension app has been spotted by the Microsoft Windows watching WalkingCat. The HoloScreens app, codenamed Mirage, augments your physical monitor with virtual screens within your AR space. In use it should approximate the extra screen working areas afforded by multi-monitor setups, with less expense (if you already have a Microsoft HoloLens) and without eating up your desk space - to boost your productivity. 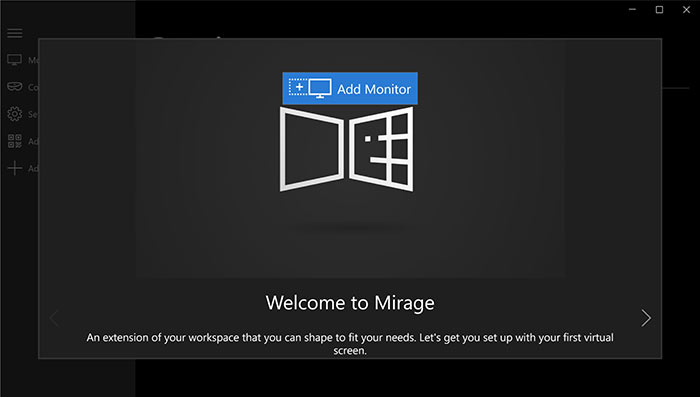 The HoloScreens app is currently available via links to file sharing platforms provided by the source but if I were a HoloLens user interested in testing this concept I would wait for an official release, even if its marked as an alpha or beta by Microsoft.

To get started users need to pair the HoloScreens app on their HoloLens with a companion app on the PC - via QR code on the main PC screen. After that simple step users can start to design their virtual monitor environment with additional screens in various placements. It will work just like an extra screen in the real world, as your mouse cursor moves past the edge of your real-screen to the virtual one, to work on the desktop or in the various apps you might use.

From the slides provided we don't know the full scope of the app. For example I can't see any limit to the number of virtual screens you can add to your environment, or what sizes they can be, or if you can rotate them, for example. Microsoft could even add virtual RGB lighting to the monitors to appeal to gamers… 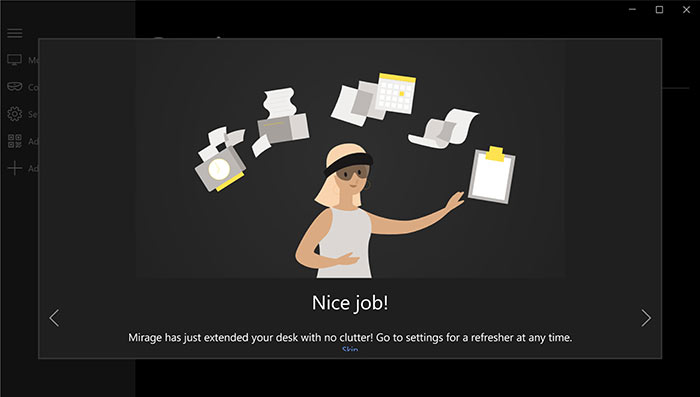 It is interesting to see this potential productivity boosting app leak out as many more people WFH. Hopefully, it will become ready for prime time and officially released direct from Microsoft soon.

HEXUS
Microsoft could even add virtual RGB lighting to the monitors

How much extra will that cost, though?
Can't imagine it going down too well here….
Posted by Spud1 - Tue 28 Apr 2020 16:53
It works surprisingly well - and is a huge improvement on the old methods of doing this.

Yes, but its still a dev kit - not in any way anywhere close to a consumer bit of hardware or price ;) I'm very lucky to work for a company with access to EU R&D grants that we've been able to use to kick start some of our VR/MR prototypes…..its really not worth £2500+vat for most people, however cool it is.

And I so wanted to see Minecraft like in that tech demo! (Which I believe never really came to anything)