Mozilla has launched a new version of the Firefox browser with some significant changed to the address bar functionality. Firefox 75 is available now and, as I write, I have just been prompted to download and install the new software, as I use it as my main browser. In other recent browser news, Microsoft's revamped Edge browser appears to have found favour among the throng as it has stolen the number 2 spot from Firefox in the latest monthly stats released by NetMarketShare.

The address bar is one of the longest standing components of web browser UI furniture. It has evolved relatively slowly over time and on modern browsers doubles as URL and search bar. Now the Mozilla developers have spent some time focussing on enhancing the address bar, and delivered various optimisations in Firefox 75. In brief, Mozilla asserts that with the new address bar users will be able to "type less and find more."

The new address bar has a refreshed look and feel which delivers an enlarged view whenever you wish to search with larger adaptive font in the drop-down menu, and shortcuts to the most popular search sites. Searches should also be smarter, for example if you’re considering a 'standing desk' for your home office you will see Firefox has bolded additional popular keywords that you might not have thought of - to narrow your search even further. 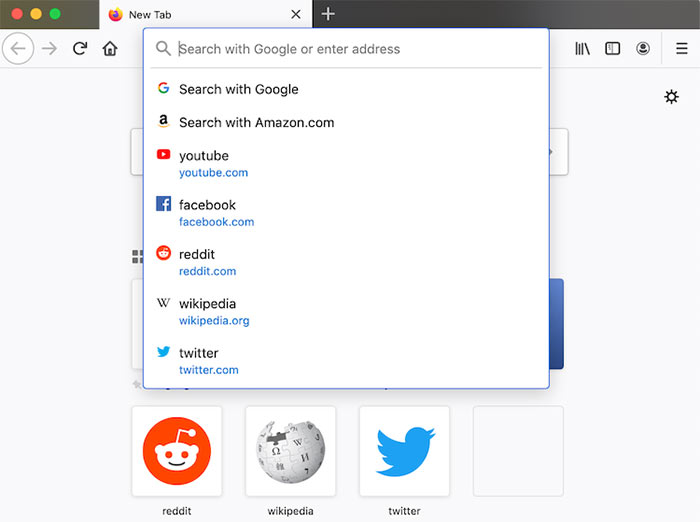 Lastly, when you click into the address bar, before you type a single letter, Mozilla Firefox will now provide access to your most visited sites (eight top sites when I checked). If perchance the site is already open in a tab it will be highlighted in the list in teal and you can easily jump across to it with a click. This little feature could help those who frequently keep oodles of tabs open.

Mozilla reminds users that it is a simple matter of pressing CTRL-L to jump to the address bar without removing your hands from your keyboard.

As with any Firefox release, there are a bundle of fixes provided to address errant behaviours and security concerns.

The most recent monthly figures published by NetMarketShare indicate that the revamped Chromium-based Microsoft Edge has captured the second position in the desktop / laptop browser market share table. Google Chrome is a dominating presence in the table with 68.5 per cent of the active user base measured. Meanwhile, Edge currently has 7.59 per cent of user market share, closely followed by Firefox with 7.19 per cent. 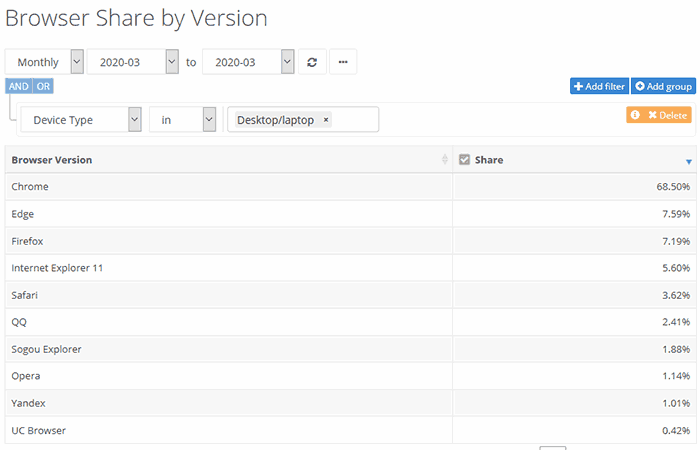 A problem with the Edge figures is that we don't know how many of the Edge users are on the new Chromium-based version and holdouts on the EdgeHTML version. NetMarketShare separates IE versions in its usage tables but isn't dissecting Edge users in a similar way, despite the significant engine differences.

Posted by LSG501 - Wed 08 Apr 2020 11:37
Firefox - new address bar was instantly disabled (not the only one doing this either). Not only is it really poor design wise it also has a privacy issue where it might show sites you don't want people to see (ie nsfw ones) if you share your browser etc. It might be ‘ok’ on a mobile browser but it's really bad for the desktop imo. Reddit ‘dev’s' seem to be against any people saying they don't like it (with valid reasons for disliking it too) which doesn't exactly bode well for future updates.

Unfortunately it seems that Mozilla/Firefox is aiming to take our choice away with a future update by removing the about:config which disables it… against the wishes of most people on reddit/beta group etc who don't actually like this new address bar. It's always great when a company starts alienating their remaining clients by removing features they actually like…

Looks like I might be switching to MS edge chromium, or maybe waterfox (although I had issues with that in the past) because I sure won't be using chrome…
Posted by [GSV]Trig - Wed 08 Apr 2020 15:00
Surprised at how many use Chrome tbh, its almost like people have forgotten about Google mining data, or is it as I have said for a long time, people don't really care about privacy?
Posted by 3dcandy - Wed 08 Apr 2020 15:55

[GSV
Trig;304]Surprised at how many use Chrome tbh, its almost like people have forgotten about Google mining data, or is it as I have said for a long time, people don't really care about privacy?

'[GSV
Trig;4192018']Sorry, most people, dont care about privacy…
They say they do, but then will happily drop an email address, or phone number into somewhere that will give them free stuff..

So, you didn't enter the PC Specialist competition then, and you just commented in the thread?