Khronos has responded to developer demand and introduced the Vulkan Ray Tracing provisional extensions today. You will note the word 'provisional' in the description Khronos wants developers to provide feedback via the likes of its GitHub and Slack channels before the specifications are finalised.

Particularly important features of the Vulkan Ray Tracing extensions are; that it is an open, cross vendor, and cross platform solution for ray tracing accelerations. Having said that, the first release will be aimed at desktop computers which are the platform most likely to possess with plenty of GPU compute muscle and dedicated ray tracing cores. Vulkan Ray Tracing is designed to be hardware agnostic and so can be accelerated via either of these processing pipelines. 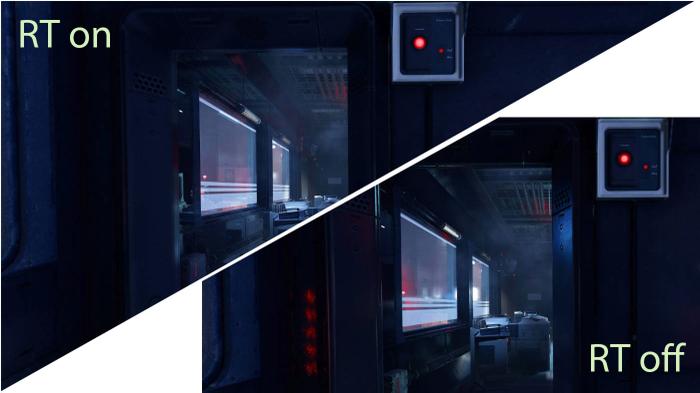 In practise, those wishing to leverage Vulkan Ray Tracing will make use of several extension, some of which are optional. These include the core Vulkan primary VK_KHR_ray_tracing extension, VK_KHR_pipeline_library, and VK_KHR_deferred_host_operations. Then there are the SPIR-V ectensions; SPV_KHR_ray_tracing and SPV_KHR_ray_query libraries for support of ray tracing shader controls. Last but not least, two new GLSL (OpenGL shading language) extensions, GLSL_EXT_ray_tracing and GLSL_EXT_ray_query are supported in the open source glslang compiler.

With the release of this provisional standard by Khronos comes plenty of industry support. Above we reproduced a quote from a senior Nvidia exec, and the Khronos news post includes support statements from the likes of AMD, EA, Epic Games, IMG, and Intel. All these companies welcomed the new open standard for accelerated ray tracing.

A blog post of developers is available for further reading about today's news.

Ballantin
An universal standard library is IMO what Raytracing needs to kick off. So good news for all users I suppose.

It should be good news, but that wasn't enough to give Vulkan dominance over DX12.

Corky34
Am i the only one who makes laser noises in their head whenever i read the words ray tracing. :D

Well is *was* only you, perhaps we will all be doing it now :D