Microsoft developers have been busy at work on the Windows Terminal app. Today Preview v0.8 is scheduled to be released and it is labelled as a release candidate, so is pretty near to what Microsoft expects to deliver as a finished v1.0 product in the Microsoft app store.

HEXUS reported upon the announcement of the revamped command line application for Windows back in May 2019. It was unveiled during the opening day of BUILD2019. The app is touted as a "modern, fast, efficient, powerful, and productive terminal application for users of command-line tools and shells like Command Prompt, PowerShell, and WSL". At the time we learned that it would be packed with new attractions such as multiple tabs, lots of settings and configuration options, and DirectX text rendering.

Windows Terminal has been through a number of revisions, updates and tweaks since the announcement last summer and v0.8 brings with it some enticing fripperies. If you browse to the app's GitHub page you can see the updates in v0.8 and example screenshots (scroll down the page about half way) showing off features such as search (across multiple tabs), tab sizing and Retro-style CRT effects (an experimental feature). 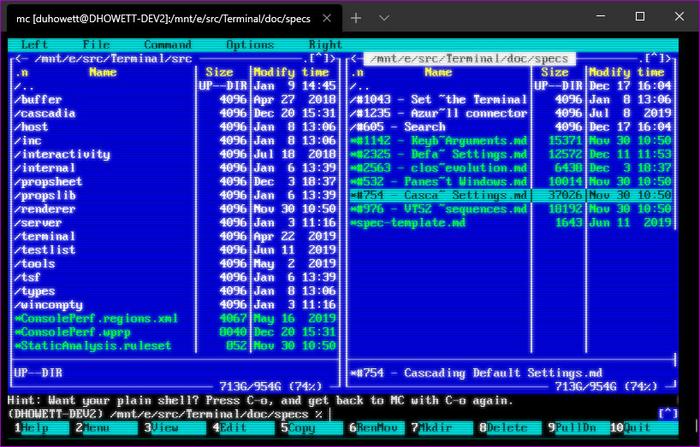 Above you can see a screenshot of the CRT effects in action using the PxPlus IBM VGA8 font file. If you are perhaps too young to know what CRT-effects are, they are purported to make your sharp LCD screen imagery more similar to what you would see on an old CRT (cathode ray tube) type monitor or TV.

A significant feature introduced by previous revisions that you might not have heard about was Split View Support (or Panes) for multiple command prompts side-by-side within the same tab in Terminal (see animated GIF below). Other introductions since summer have been; a new Cascadia Code font, auto-fill suggestions, built-in stylus support, and better support for WSL. 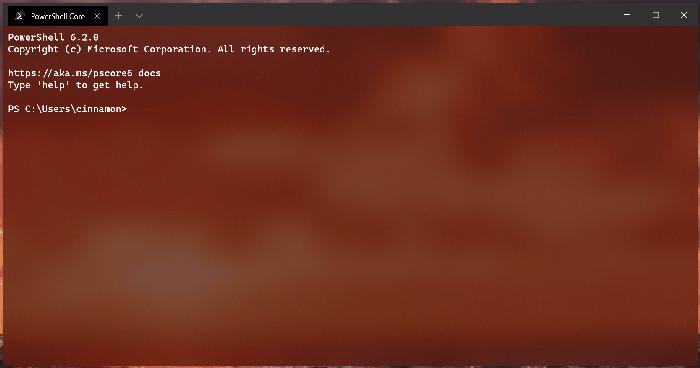 Microsoft developers have shoehorned in another couple of features such as enhanced panes and tabs key bindings, and custom default settings (stored in your profiles.json file) too.

Version 1.0 of Windows Terminal should land within H1 this year.

I don't post often, if ever, but this requires it…
Posted by azrael- - Wed 15 Jan 2020 06:37
Well, no one needs the “retro-style CRT effects”, but if anyone is under the delusion that the mouse is the most efficient input tool, then they're sorely mistaken. Personally, I believe this is one of the better projects Microsoft has undertaken of late, although how much more useful it'll be compared to e.g. TCC is still unclear.
Posted by Ciber - Wed 15 Jan 2020 14:23
When they said retro CRT I thought green/black but it seems they're not that retro!
Posted by philehidiot - Thu 16 Jan 2020 14:26

azrael-
Well, no one needs the “retro-style CRT effects”, but if anyone is under the delusion that the mouse is the most efficient input tool, then they're sorely mistaken. Personally, I believe this is one of the better projects Microsoft has undertaken of late, although how much more useful it'll be compared to e.g. TCC is still unclear.