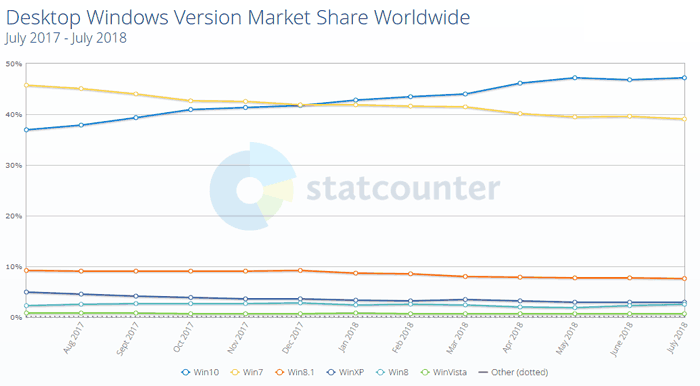 Considering NetMarket's desktop OS data (which includes Windows versions plus Linux and Mac) you can clearly see that Windows 10 is closing in on Windows 7 usage. Over the most recently recorded period, Windows 10 has gained nearly one per cent over the previous month while Windows 7 usage has dropped about half a per cent. 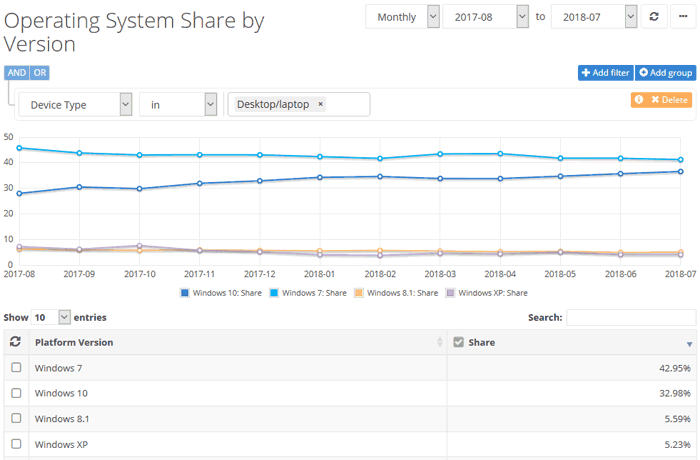 The way these respective organisations collect data means that their stats show different results, however the trends do usually agree. To refresh those that may have forgotten, in a nutshell StatCounter data is collected via sites and blogs using its popular plugin (2m+ sites globally). NetMarketShare uses a different methodology, and tallies approx "100 million valid sessions per month". Partly due to the various regions where the StatCounter plugin is more popular and the way it gives extra weight to heavy web users - it boosts Windows 10 stats in comparison to Windows 7. 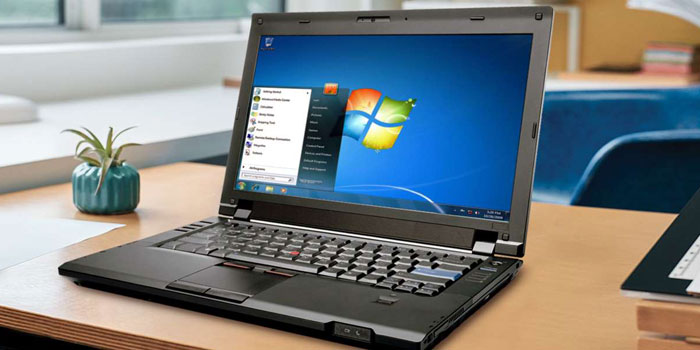 Back to ComputerWorld's prediction that Windows 10 will "supplant Windows 7 as the most popular flavour of Windows by the end of the year," the magazine thinks this milestone will be reached in November. Furthermore, it reckons that by January 2019, a mere 12 months before it loses official security and technical support, Windows 7 will have 43 per cent of the Windows market share, and Windows 10 will by then be well ahead with over 47 per cent of the Windows market share.

Posted by peterb - Mon 06 Aug 2018 12:42
Surely a statement of the blindingly obvious? Windows 10 is the upgrade path - it is difficult if not impossible to buy a retail version of Windows 7, so not surprising that Windows 10 is going to surpass Windows 7. Funnily enough it has surpassed windows NT3.4 too.
Posted by Saracen - Mon 06 Aug 2018 12:49

peterb
….Funnily enough it has surpassed windows NT3.4 too.

philehidiot
I have an NT4.0 machine right here… Luckily it isn't networked.

I was being fascetious about 3.3, though I do have it laying around. NT 4 was a useful upgrade, but since my attitude is to not fix what sin't broke, it (like my W7 and even W98 machines are still doing what I need.

Mine are networked. Just air-gapped from the outside world.