Microsoft's Windows 10 Spring Creators Update was due to arrive on Tuesday but as a serious bug was discovered at the last minute the launch has been put back by a couple of weeks, according to Windows Central editor Zac Bowden. A so called 'blocking bug' in Windows 10 version 1803 was discovered ahead of its scheduled widespread rollout thanks to feedback from Insiders in the Fast, Slow, and Release Preview rings - saving Microsoft issues and tissues. 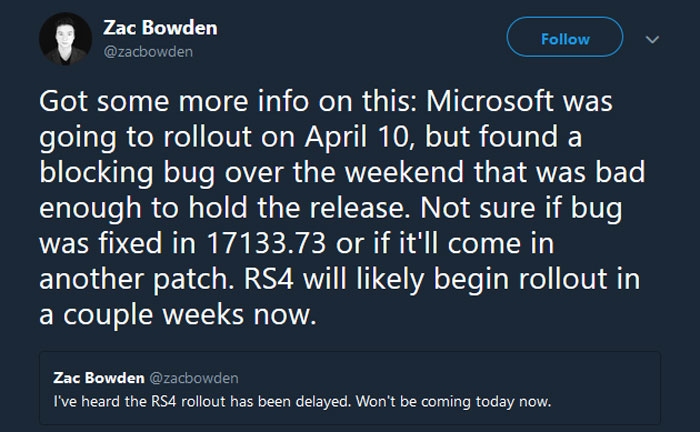 Except for the information from the Windows Central sources, there is nothing else to go on regarding the delay. I don't know why the problem is called a 'blocking bug' - whether that is a description of the bug itself or reflecting the fact that it has blocked the progress of rolling out this major Windows update. Bowden says the issue discovered is rather rare but impactful enough to delay rollout according to Microsoft internal criteria.

The news hasn't been met with any clamouring for fast action. If it takes another couple of weeks to arrive I will still want to wait for a further couple of weeks after rollout to think about updating - hoping to avoid any other annoying bugs which might be present. 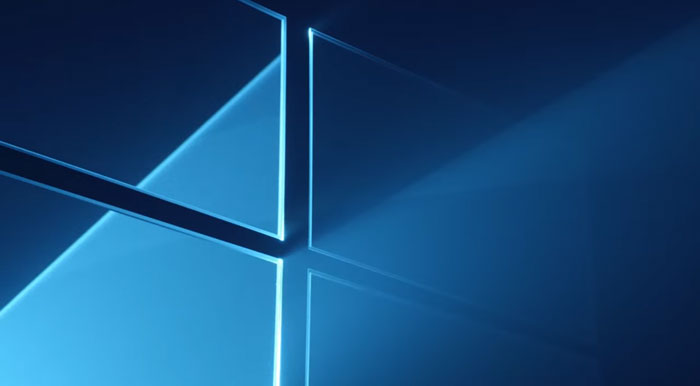 Features you might look forward to in the Windows 10 Spring Creators Update include; Microsoft's cross-platform timeline feature, and lots of new privacy settings ahead of the EUs GDPR regulations being enforced.

Incidentally, the name 'Windows 10 Spring Creators Update' hasn't been confirmed by Microsoft. There has not been an official name put forward for the impending major update also known as Redstone 4.

spacein_vader
How can something that doesn't have a confirmed release date be delayed?

I'm guessing they had an internal target release date.
Posted by DanceswithUnix - Thu 12 Apr 2018 13:07
I dunno; Fedora slip their F28 release one week so Microsoft have to slip theirs by two. Always the one-upmanship :D

Actually I thought for a Microsoft OS the last update was one of their better ones, so I'm expecting this to be worse. No hurry MS, take your time and try and get it right…
Posted by Usernamist - Thu 12 Apr 2018 14:42
How can Microsoft have a “cross-platform timeline feature” if they only have one platform?

Usernamist
How can Microsoft have a “cross-platform timeline feature” if they only have one platform?

If you actually read into the timeline feature, you would know that it allows you to resume some of your work (Office apps, open websites) from desktop to iPhone, Android…