Microsoft's Craig Wittenberg has released a modified version of the source code for Windows File Manager via GitHub. File Manager was introduced alongside Windows 3.0, nearly 28 years ago and brought PC file management to the modern UI era, replacing cryptic and verbose DOS command line operations for what would become trivial WIMP tasks. Windows File Manager itself was replaced with Windows Explorer (AKA File Explorer) in versions of Microsoft's OS from Windows 95 onwards. 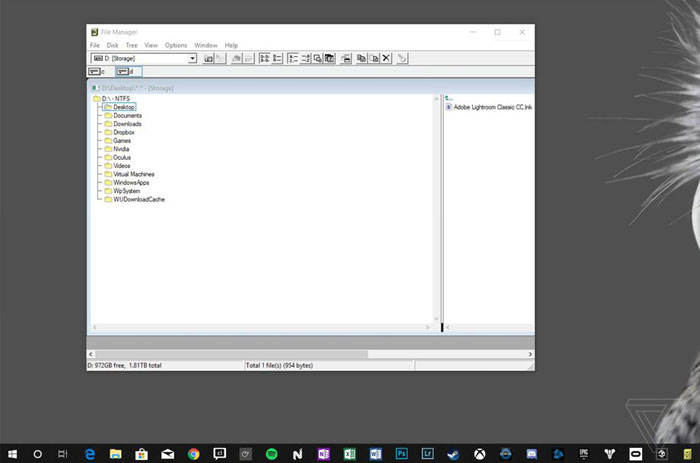 If you are running a more modern OS such as Windows 7 or Windows 10 64-bit you will be able to fire up File Manager again thanks to Wittenberg's code share. There are actually two versions of the File Manager Code you can choose to compile;

While you might be interested in this project for some kind of nostalgic reasons, similarly to dabbling in emulator software etc, File Manager doesn't have any compelling appeal or feature to entice you away from the default File Explorer in modern Windows versions. However, there are plenty of well maintained alternative file managers to choose from if you are into that level of usage customisation - for example ex-Amiga folk might like Directory Opus.

Xtree Gold didn't sale very well as it was Dos app and XTree for Windows was released product dropped many of the features and in end it die 3 years later when Windows 95 come out
When are going to open source Windows 3.0 that what I like to know
Posted by this_is_gav - Mon 09 Apr 2018 21:08
Directory Opus still is awesome, and I personally guarantee (not really) that anyone who downloads the trial will end up buying it.

The Light version (perfectly fine for most) was available for a couple of pounds in a Humble Bundle a year or so back.
Posted by philehidiot - Tue 10 Apr 2018 09:37
Genuine question: What's the actual point in this other than nostalgia?