Windows 10 Spring Creators Update, sometimes referred to by developers as Redstone 4 (RS4), is about to hit prime time with its general release next week (10th April). However, Microsoft and its developers are already vigorously testing out new features for Redstone 5. If you are a Windows Insider that has opted into Skip Ahead, you will already be installing the Windows 10 Insider Preview Build 17639 (RS5). A new Microsoft blog post shares info on what is largely a new wave of improvements that are being delivered to Sets but there are other tweaks and plenty of bug fixes detailed too.

In brief, Sets is a windows management tool which allows users to group documents, files, and apps - and work with them as tabs, alongside web pages - in Microsoft's Edge browser. Apps in tabbed Sets must be of the UWP variety at this time. Microsoft initially tested Sets in some versions of RS4 but it was removed - perhaps it was just too ambitious given the timescales. 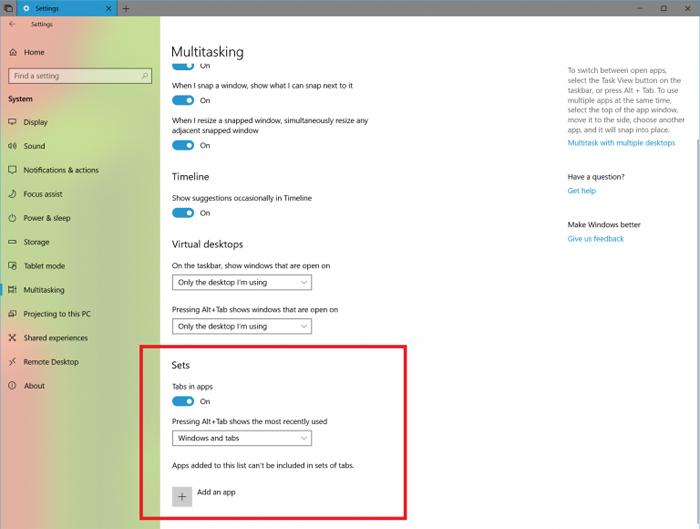 The main changes and improvements to Sets are as follows:

Elsewhere in this Windows 10 skip-ahead update, Microsoft has improved the Bluetooth battery percentage in settings, and delivered Windows Calculator improvements. Quite a number of changes, improvements, and fixes have been put in place, yet several known issues remain. You can get the full rundown on all these chnages on the official blog. RS5 is still a long way to general release with approx six months of development left. Microsoft is likely to move the Windows Insider Fast and Slow rings to RS5 pretty soon.