If you are a Windows 10 user with a fondness for using Microsoft Edge on your desktop, laptop, or 2-in-1 you might be happy to know that Microsoft's modern web browser has been released for iOS and Android. Previously in preview on these mobile OSes (from October), Edge Mobile has gone prime time depending upon your language / region*. 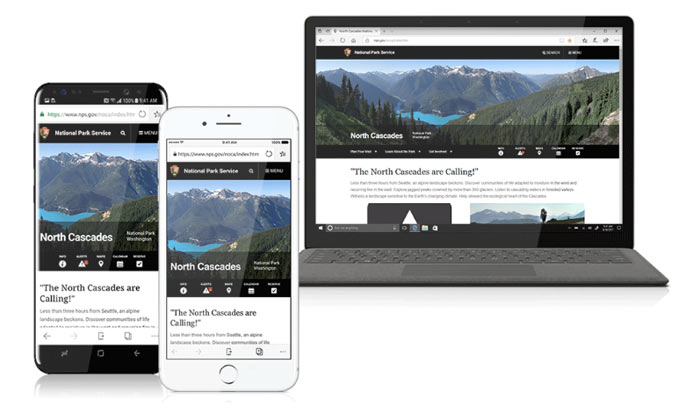 Microsoft's Edge for mobile delivers familiar features such as Favourites, Reading List, New Tab Page, Reading View, and Roaming Passwords across your PC and smartphone. The syncing between PC and smartphone delivers a similar seamless experience that Firefox and Chrome have provided across platforms for some time. However, Microsoft's phone / PC partnership looks even more tightly integrated, with the device switch browsing icon within Edge. See the embedded video below for this feature in action. 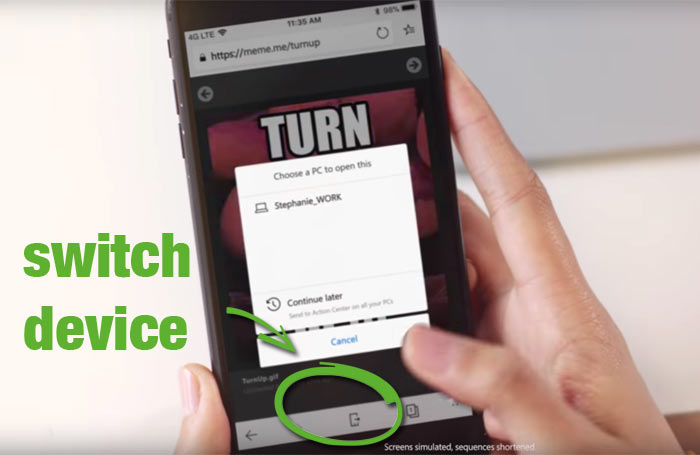 Microsoft highlighted a couple of Edge mobile features it is particularly proud of; firstly Roaming Passwords means that if you update a password on one device it will be remembered on your others, secondly a new dark theme has arrived on the mobile app - which might be good for power saving on OLED devices.

I would assume that their intent is that it would encourage more people to use Edge as their main browser on the (Windows 10) PC. Plus they've finally given up on their own phone platform, so they need to keep themselves relevant on mobile as much as possible.
Posted by DDY - Sun 03 Dec 2017 14:28
Oh, I see where they're going with this. Soon, we'd have Windows 10 RT Edge OS.
Posted by peterb - Sun 03 Dec 2017 14:37
I can see the advantage syncing passwords. I sync passwords between Safari on my PCs and my IOS devices using keychain, so if users can sync between their Windows based PCs and IOS/android devices it would remove the need for a separate password manager.
Posted by FromUSA - Tue 05 Dec 2017 20:56