The Windows Store is where Microsoft would prefer Windows 10 users to head first for their apps, games, music, films and TV needs. In the past it has pushed forward various initiatives to help popularise the store, such as it being the sole distribution method for some games titles. Now, as the release of the Windows 10 Fall Creators Update nears (rollout from 17th Oct onwards), Microsoft has been seen to be both rebranding and populating the store with various hardware and accessories similar to what's available on the Microsoft Store online. 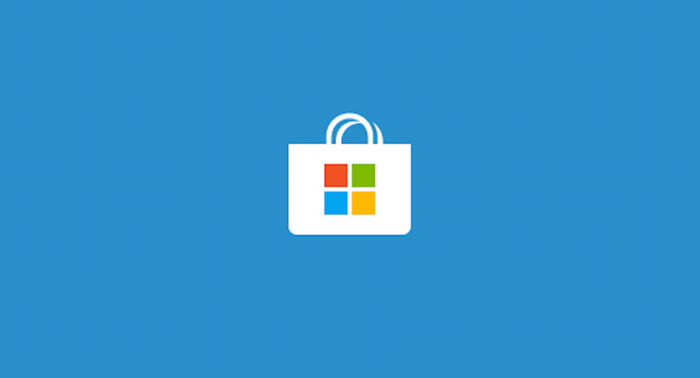 MSPowerUser reports that it has had some hands-on time with the new Microsoft Store app, which will replace the Windows Store app. There is a new logo to go with the new name but it is more substantial an update than mere rebranding shenanigans.

The new Microsoft Store rolls up all the Windows Store offers and contains (most) hardware and accessories that are available from the Microsoft Store you might have visited in your browser. Hardware found in the store includes Surface PCs and accessories, Xbox One consoles, Windows Phone devices, Windows 10 laptops, tablets, and more. Third party hardware such as the FitBit range, Dell XPS PCs, and HP Elite x3 smartphones are also available. 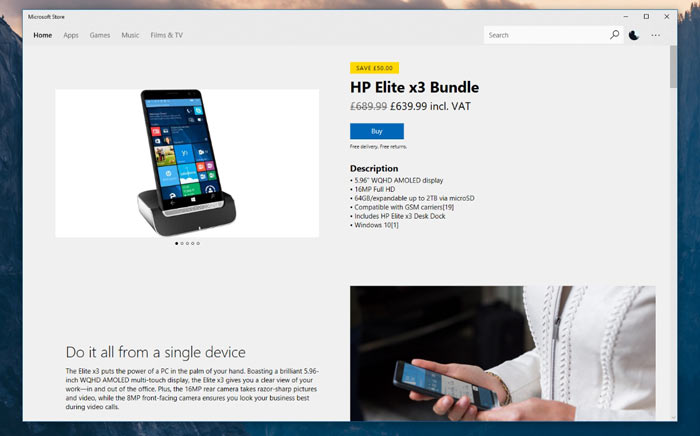 MSPowerUser reporter Mehedi Hassan took many screenshots of the store and its contents this weekend. You can see these on the source report page, as well as one example above. Hassan decided to test the store and was ID verified via Windows Hello to purchase an Xbox One Media Remote. The "order went through perfectly," paid by VISA, here in the UK.

We don't have a date for when the new Store will be enabled for the public, but as mentioned above, it is likely to be delivered by the Windows 10 Fall Creators Update next month.

Like Apple stores, except over time there is less and less choice, only the most expensive products are configurable, and Microsoft chooses for you what you buy? (And then it breaks on the first software upgrade?)
..I mean, it actually doesn't sound a whole lot different to Apple stores…
Posted by peterb - Mon 25 Sep 2017 14:03
Well, the Apple kit doesn't break on the first upgrade - and the software upgrades (minor and major) are free at the point of delivery.

Happens to everything (Guardian)

peterb
and the software upgrades (minor and major) are free at the point of delivery.

For both Microsoft and Apple, IIRC, though I've never upgraded a Mac OS version. (And they have no feature tiers AFAIK?)

peterb
Can't speak for the latest versions of Windows or Microsoft's hardware.

Well, it was W10 I was poking fun at (many users needing to reinstall Windows from scratch after an upgrade bricked their device), but also I doubt Microsoft would sell decently configurable devices in the future considering that they are making life as easy for themselves as possible.
Posted by jim - Mon 25 Sep 2017 14:38
I've been to the Microsoft Store in NYC and it was great.

VR headset on demo, and plenty of interesting surface-style equipment to play with.