The particular use case that Magic Leap will be tackling with AMD silicon is going to be an enterprise solution. There are big hopes for the partnership and that it will facilitate "creation of the most demanding AR experiences while maintaining power efficiency".

AR can be more demanding than plain old VR as it seeks to convincingly blend the real and computer generated worlds. AMD's SoC will be tasked with enabling enterprises to "re-imagine and transform how virtual content and information is visualized and merged with real-world environments," said Magic Leap in a press release.

"We have a shared vision with Magic Leap to shape the future of computing and transform the way enterprises worldwide work and interact with each other and their customers," said Jack Huynh, CVP&GM of AMD Semi-Custom Business Unit. Apparently a lot of work has been done in the background leading up to the public announcement, as Huynh said that "We started this journey together several years ago to co-innovate on computer vision and build the best semi-custom technology for AR".

It will be interesting to see how much of a leap the AMD partnership results in. The Magic Leap One Creator Edition launched in 2018, and relied on the Nvidia Parker SoC for its compute/graphics punch. For reference, this SoC comprises two Denver 2.0 64-bit CPU cores, four Arm Cortex A57 64-bit cores, along with an Nvidia Pascal GPU with 256 CUDA cores.

Another AMD partnership announcement came during the Computex keynote and is worth highlighting here. Tesla Model X and the Model S will now have Ryzen APUs with RDNA 2 GPUs built into the infotainment system. 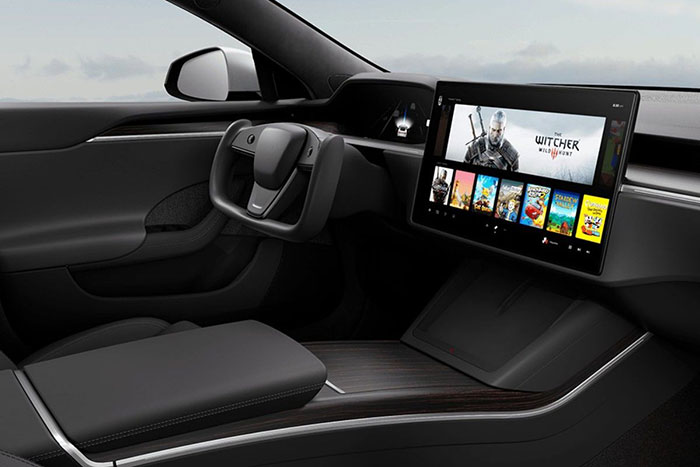 The AMD RDNA 2 graphics will be held in reserve by the car's system for demanding tasks, somewhat like the way laptops juggle between graphics cores depending upon workloads.