Microsoft announced and provided developers with information about DirectX 12 Ultimate back in March 2020. It said that the new API was the result of five years continual investment in DX12, with the goal of maintaining the PC (and Xbox) cutting edge graphical superiority. Four main features were trumpeted as being the cornerstones of DX12 U; Ray Tracing, Variable Rate Shading, Mesh Shaders, and Sampler Feedback. For a refresher on each feature and test, please check out the screenshot below, which I have added DX12U logos to (click to zoom). 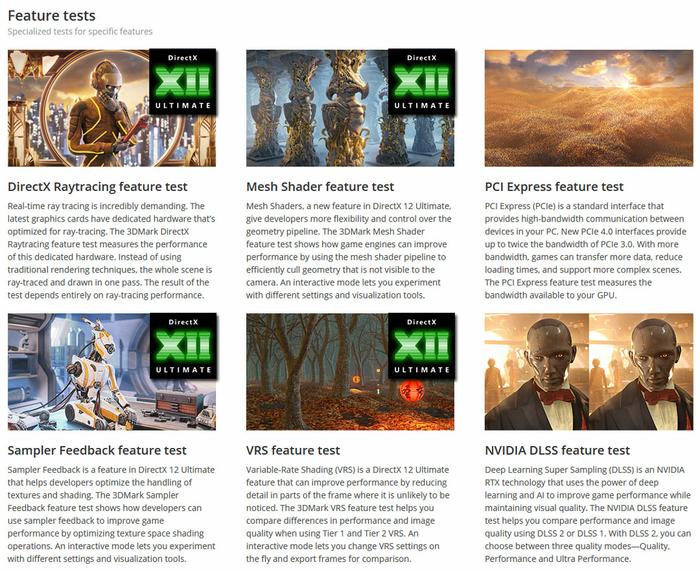 Over recent months, UL Benchmarks has been tweaking and bolstering its 3DMark benchmarking suite with feature tests for DX12U, and on Wednesday it completed its hand with the fourth ace – a Sampler Feedback feature test. 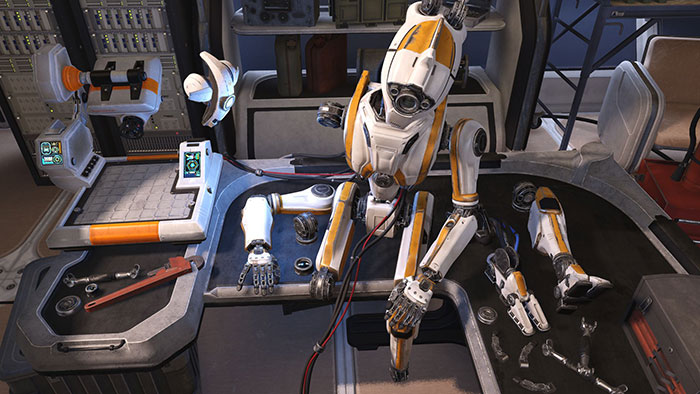 Since it is new to 3DMark, it is worth a little explanation of Sampler Feedback in DX12U. Microsoft provides the deepest dive you will get into the tech, but in summary, Sampler Feedback is "a Direct3D feature for capturing and recording texture sampling information and locations… [and] without sampler feedback, these details would be opaque to the developer". This helps implement "better visual quality, shorter load time, and less stuttering," in modern games, as it can save a lot of memory I/O (loading and unloading of sizable textures that might not get used), and allows for the reusing of shading from previous frames.

3DMark's Sampler Feedback feature test allows those interested to check on Sampler Feedback optimisations in a scene depicting a robot repair shop. UL Benchmarks says that the test runs in two passes, as follows: "In the first pass, the scene uses texture space shading and a custom software solution that generates information about which texels require shading. In the second pass, sampler feedback is used to optimize the texture space shading operations by more efficiently identifying the texels that are being accessed." 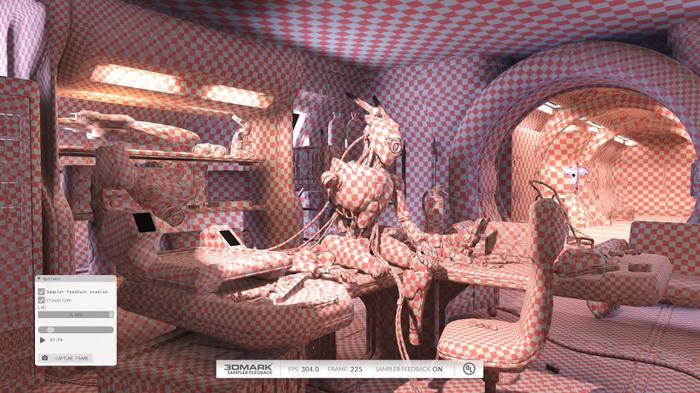 The feature test result shows the average frame time for each pass and the difference in percentage form. For users there is also the Interactive Mode' to invoke, which helps you ponder over the visuals and performance as you control navigation of the scene, toggling Sampler Feedback on and off as you go, as well as changing the shading level of detail (LOD) manually. 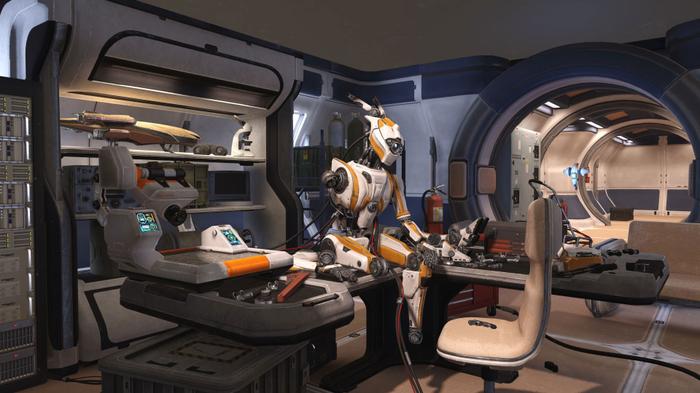 The Sampler Feedback feature test is available today as a free update for 3DMark Advanced Edition (currently £23 on Steam), and for 3DMark Professional Edition customers with a valid annual license.

kalniel
I have a fairly old license for this, but oddly while this update, Mesh Shader and VRS benchmarks are free, they're charging for the Raytracing one :/

Same its a little annoying I seemed to have missed this release but the ray tracing stuff is all part of the port royal benchmark set which for people who bought before 2019 now need to pay for to upgrade, on steam its currently £1.99 so a small price but still feels bad having to pay for an update like this.
Posted by Xlucine - Sun 29 Aug 2021 23:00
3dmark upgrades are so cheap on steam sales I don't mind much. A couple of quid every few years isn't bad for ongoing support for something as complex as this!
Posted by kalniel - Mon 30 Aug 2021 13:52

Xlucine
3dmark upgrades are so cheap on steam sales I don't mind much. A couple of quid every few years isn't bad for ongoing support for something as complex as this!

But that's what's weird - this new Sampler Feedback test is free. Out of all the DX12 ultimate tests, they're only charging extra for the ray-tracing test.