Nvidia has announced that it has a "special broadcast event" planned for CES 2021 next month. Scheduled for 12th January at 9am PST (5pm the same day in the UK), the event is called 'GeForce RTX: Game On', and a strapline explains that Nvidia will be unveiling "the latest innovations in gaming and graphics". Jeff Fisher, GeForce Senior Vice President, will be the presenter.

About all the information we have about the GeForce event is contained in the paragraph above. However, thanks to various leaks we can have a reasonable expectation of what we should expect to be covered by the presentation(s). Yesterday HEXUS reported upon the possible delay of the GeForce RTX 3080 Ti – which should therefore not be a major attraction of the event (though it might be mentioned). However there are plenty of other graphics cards which we expect to bulk up the GeForce RTX 30 series that would be worthy of attention. An RTX 3070 Ti, RTX 3060 variants, and even perhaps an RTX 3050 which appeared in the AIDA64 support update recently could be stars of the show.

Last year Taitra scheduled a physical Computex with a misplaced confidence in world governments' ability to control the spread of Covid-19. The event was delayed and eventually shifted to being an online event, but basically fizzled out – without the deluge of PC content that we would usually expect from this tech show. 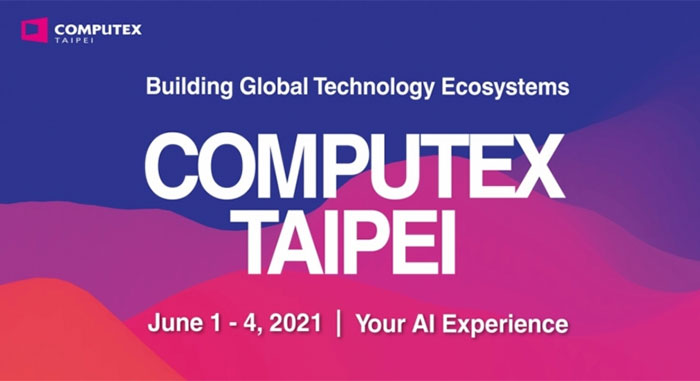 This year Taitra is confident enough again to plan a physical event for 1st to 4th June in Taipei. Anandtech's Ian Cutress says that attendance at the summertime event (and getting into Taiwan in general) will probably depend on having a valid vaccination certificate. Taiwan has done well to keep this virus at bay thus far so I think restrictions may be even more strenuous and include further safety measures. All of Taiwan's Covid-19 cases for the last 200+ days have been 'imported' – diagnosed in immigrant workers and returning citizens within their 14 day mandatory quarantine period.

harrisonm65
Hopefully “the latest innovations in gaming and graphics” will be a half decent supply chain and less scalping.

Truth told, it seems that the iPhone 12 was the only successful launch of H2-2020
Posted by Baffed - Mon 21 Dec 2020 06:53
Hopefully they can sort out their stock issues before they start releasing all these new rumoured cards