A Chinese military-civilian integrated electronic component design and production company called Changsha Jingjia Microelectronics Co., Ltd (Jingjia Micro for short) has two powerful new GPUs in development. You might not have heard of this company but it was founded in 2006 and been making GPUs for a number of years, mainly for Chinese fighter jets. 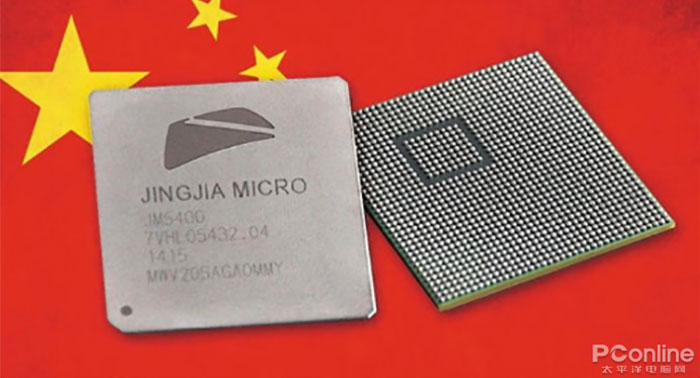 For background, Jingjia Micro's most recent available GPU is called the JM7200. This 28nm part is clocked at 1.2GHz and comes with 4GB of DDR3 memory and is likened to an Nvidia GeForce GT 640 in performance terms - however the JM7200 has a <10W TDP, compared to the GT640's 50W.

Jingjia Micro has started to promote its GPUs outside of the military market which is good to hear in the perspective of today's headlining news. Moving on to the present day, reports suggest that Jingjia Micro is busy developing the 28nm JM9231 and JM9271 high performance GPUs. These perform roughly in line with the GeForce GTX 1050 and GeForce GTX 1080, respectively, according to the source.

The more powerful GPU, the JM9271, has a boost clock of >1.8GHz and uses a PCIe 4.0 bus. Said to be capable of 8TFLOPs FP32 performance and a pixel rate of >128GPixels/s, it employs 16GB HBM memory with bandwidth of 512GB/s. There are currently a couple of weaknesses in the design / development; first of all these new GPUs don't support DX12 or Vulkan (just OpenGL 4.5), secondly the TDP of the JM9271 is said to be 200W.

As hinted at above, the new JM9231 and JM9271 high performance GPUs aren't currently flagged as being for non-military use but it could be a nice business for Jingjia Micro and it has shown recently that it is ready to venture outside of the military market.

Posted by Yoyoyo69 - Mon 26 Aug 2019 13:23
28nm? Should be cheap. Imagine what they could do with latest fans.
Posted by Kato-2 - Mon 26 Aug 2019 13:31
Developing a GPU is one thing, developing the software stack to support it in the consumer market is another and a big one at that. Hence why these are military only pieces of hardware.

Of course a military entity like JM receives heavy state subsidies from the Chinese government to break Chinese dependency on western technology, will be interesting to watch what happens but this hardware definitely wont be sold beyond China for a long time if at all.
Posted by globalwarning - Mon 26 Aug 2019 14:05
They have been hacking US companies long enough so… time to counter hack? Maybe find out what are they are doing that allows them to get GTX 1080 (16nm) like power on 28nm?
Posted by Spreadie - Mon 26 Aug 2019 14:51

Kato-2
Developing a GPU is one thing, developing the software stack to support it in the consumer market is another and a big one at that.

That's what APIs like direct x are for, surely? Of course, if it is direct to metal, it could explain the claimed comparison (albeit skewed) with a 1080 which would be running via the HAL -the same way relatively low end GPUs perform better in consoles than in PCs. I'm thinking it's probably the only way they can claim that kind of performance on 28nm and only 200W TDP.

Either way, something smells off.
Posted by Spud1 - Mon 26 Aug 2019 20:55
Could be interesting - even if it's several years off, we could do wtih a new player in the market. Nvidia could do with some competition really. One to keep an eye on ;)