Arctic has added a new member to its Liquid Freezer II family of all-in-one coolers for CPUs. The Liquid Freezer II 420 is a "multi compatible all-in-one CPU water cooler" and the biggest yet from Arctic, topping the range that already includes AiOs with 120, 240, 280, and 360mm radiators.

Just like the rest of the Liquid Freezer II family from Arctic, the 420 features an in-house designed pump, created with low noise and high efficiency in mind. Like the fans, the pump is PWM controlled. It will consume a maximum of 0.9W when not under load, 2.5W at typical load, and a maximum of 5.3W under full load. 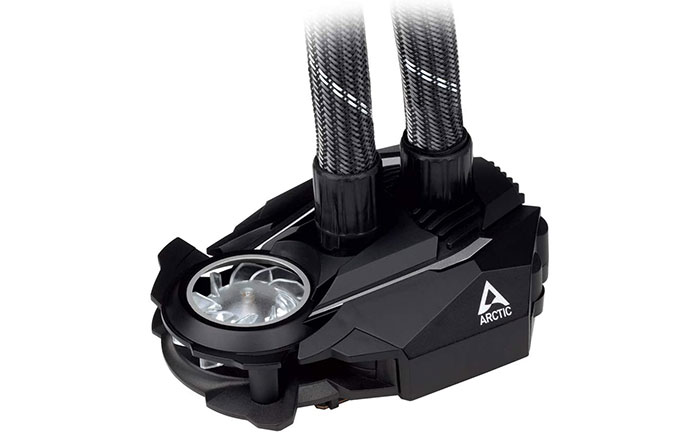 A nifty design feature you will notice when you look at the CPU block is that it includes a 40mm VRM fan. This little fan is said to cool your motherboard VRM area "almost inaudibly by up to 15°C". Arctic says that if your motherboard VRM is cooled adequately already it is easy to switch off the 40mm fan. The cooler block measures 98 x 78 x 53mm. 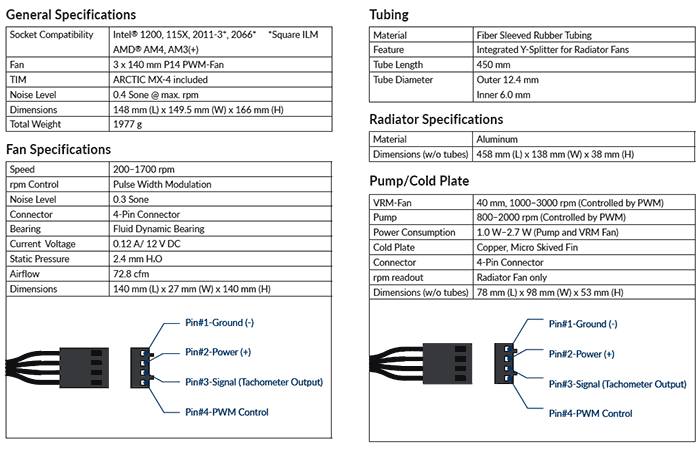 Arctic puts its P design fans to use here and they are claimed to provide; high static pressure for improved cooling performance, and extended speed range (100-1,700 RPM), low power consumption, stability and long lifespan. They feature high quality fluid dynamic bearings. Combine these with the pump and large radiator and, arctic says, you can effortlessly cool AMD (AM4, AM3(+)) or Intel (1200, 115X, 2011-3*, 2066* *Square ILM) processors consuming as much as 200W.

Arctic is selling the Liquid Freezer II 420 directly for €119.99 at the time of writing. Buyers get a two year warranty on the unit. However certain components have longer warranties; the P14 fans are guaranteed for 10 years, and the pump block's VRM fan appears to be guaranteed for life.

Nifl
Looks too thin and the price is too cheap. Pure aluminium radiator :/

What AIO's don't have an aluminium radiator? (it's a short list)