SilverStone Technology has unveiled a new CPU cooler as part of its Kryton series. Dubbed the SilverStone KR02, this compact tower style air cooler is based upon the following key design choices; an aluminium finned block with copper base, threaded by 3x 6mm copper heatpipes, and equipped with a 92mm PWM fan. Despite being a 'tower' style cooler the Silverstone KR02 is a modest 125mm tall and is said to be capable of cooling CPUs with up to 130W TDP (dependent upon case airflow). Thus it could be a good choice in some PC builds with limited free space. 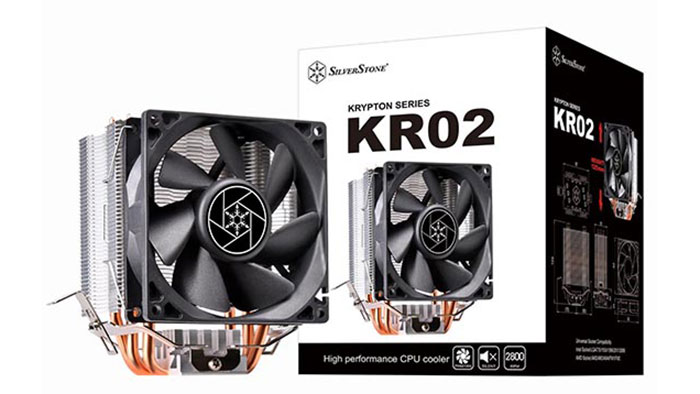 To make its design more efficient, SilverStone has threaded the copper heatpipes through the aluminium finned block in a staggered fashion. It says that this arrangement "helps to maximize airflow over each heat-pipe for optimal cooling performance". SilverStone equips a 92 x 92 x 25mm seven blade fan to the cooling block. This PWM controlled 12V fan uses hydraulic bearings, and spins at between 800 and 2,800RPM. Airflow generated by the unnamed fan design is 15.12 ~ 56.1CFM, and the noise produced by the cooler's operation ranges from 13.6 ~ 34.8dBA.

Dimensions of the KR02 are; 92mm (W) x 125mm (H) x 51mm (D). SilverStone's KR02 isn't too weighty at 380g in total, so it shouldn't strain your motherboard/socket even if orientated vertically. As for fitting, this cooler is compatible with Intel LGA775/115X/1366/2011/2066 and AMD Socket AM2/AM3/AM4/FM1/FM2 sockets as it features a 'Universal Socket' as supplied. Confusingly, SilverStone notes that if you need an AM4 bracket for a Ryzen CPU one is purchasable separately here - though there is no KR02 referenced on the linked page at the time of writing. Pricing and availability for the KR02 CPU cooler has not yet been announced. 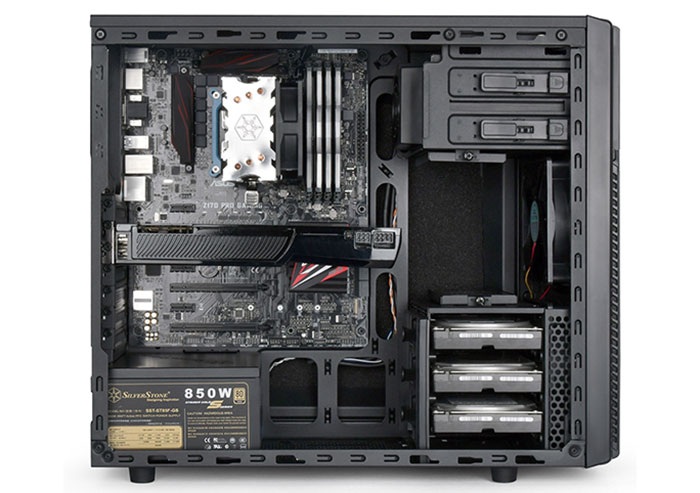 rave_alan
A good peace of hardware.

I've heard that Gandhi himself has ordered one.